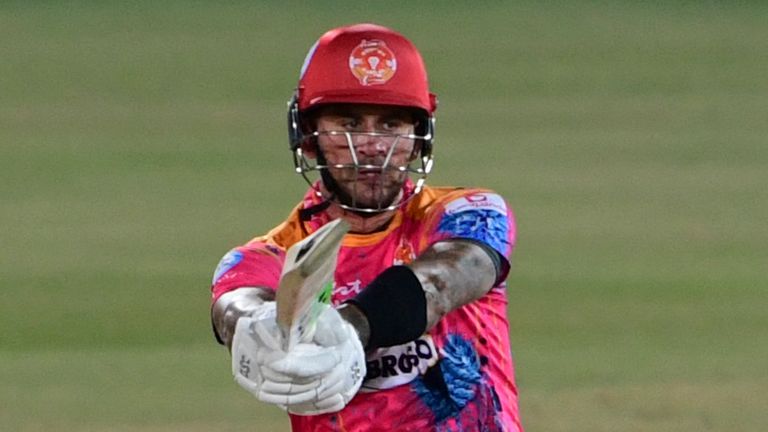 PSL 2022: Due to personal reasons, Islamabad United’s Alex Hales has withdrawn from the remaining season of the Pakistan Super League 2022. In the PSL 2022, the England batter scored 255 runs in seven innings for an average of 42.50.  Ben Duckett, of the England and Quetta Gladiators, has also withdrawn from the league. He has cited a desire to spend more time with his family before the start of the English season in summer.

“To all the Islamabad and PSL fans, I am extremely sorry to have to leave the tournament early.”

“Unfortunately, the last four months away from home in Covid bubbles has taken a considerable toll on me. The BBL bubble being enforced midway through the tournament was unexpected. And the PSL bubble also has been understandably very strict and unfortunately, it has just all caught up with me.”

“I would like to thank everyone at Islamabad for understanding and respecting my position. Coach Azhar [Mahmood] and Shadab [Khan] are exceptional leaders, who are supported off the field so well by Rehan [Ulhaq] and the guys, and I’ve no doubt they can win the tournament from here. I will be following it all very closely from home. Also will look forward to coming back next year all being well.”

With Rahmanullah Gurbaz also departing for international duty, United have signed Will Jacks. Jacks is an uncapped English batsman who has had a productive spell with Chattogram Challengers in the BPL. While Gladiators have opted to bring back Will Smeed, who had played three games earlier in the competition, including a 97-run score against Peshawar Zalmi.

After going unsold in the first round, Hales was purchased by Kolkata Knight Riders for INR 1.50 crore in the IPL Auction 2022.

PSL 2022: Islamabad United Moves To Third In The Points Table

With eight points from seven games, United has secured their third place in the standings. With the thrilling win over Karachi Kings, Islamabad moves up the points standings. They are now eight points ahead of Quetta and Peshawar. The Babar Azam-led Karachi Kings have been knocked out of the battle for a place in the Pakistan Super League (PSL) 2022 play-offs. They are out after losing their seventh consecutive match of the season against Islamabad United at the Gaddafi Stadium in Lahore on Monday night (February 14).

Kings remain winless and are the first side to lose seven consecutive PSL matches in a single season. They are also sitting at the bottom of the six-team standings.

Multan Sultans, led by Mohammad Rizwan, is in first place with 12 points, which is two ahead of Lahore Qalandars, who are now in second place. On March 24, Islamabad will face Peshawar Zalmi at the Gaddafi Stadium in Lahore as their next