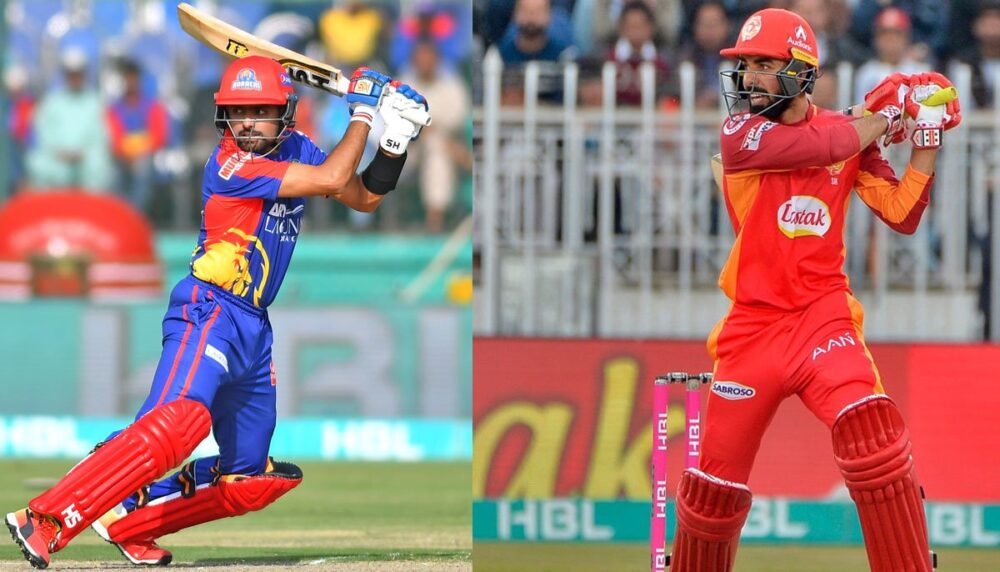 Islamabad United appear to be on a roller coaster in this Pakistan Super League 2022 season. They have played six matches so far and have three wins and three losses. The teams look superb on paper, but in some matches they have performed below par. That’s the reason they are sitting in the middle of the table.

But Shadab and his team need to focus more because any mistake from here could kick them out of the tournament. There are two other teams who are sitting at the same point. Although they have won their last match against Karachi, so they must be confident enough to do it again.

Karachi Kings are going through a very tough phase in the Pakistan Super League 2022. They are yet to win a single game so far. Karachi has lost all six of their matches so far. They are already out of the competition, so now it is just a matter of pride. Babar Azam, the No. 1 ranked T20I and ODI batsman, is also looking a bit rusty.

Karachi are still not able to find the right balance in their team. However, with just four matches left to play, the Karachi Kings will be looking to win a few games and give their fans something to cheer about.

The pitch at the Gaddafi Stadium offers a lot for the batsmen to hit their shots. Both teams have some good hitters on their teams, so we could look for a high-scoring thriller. Choosing to bat first is always a better choice after winning the toss. The last three out of four matches on this pitch were won by batting first in the PSL 2022.

Both teams have met 17 times in the PSL history. And Islamabad United has a better win percentage than Karachi Kings. Islamabad has won 11 times overall. Karachi Kings has won 6 matches against them. Islamabad won the last encounter between the two.