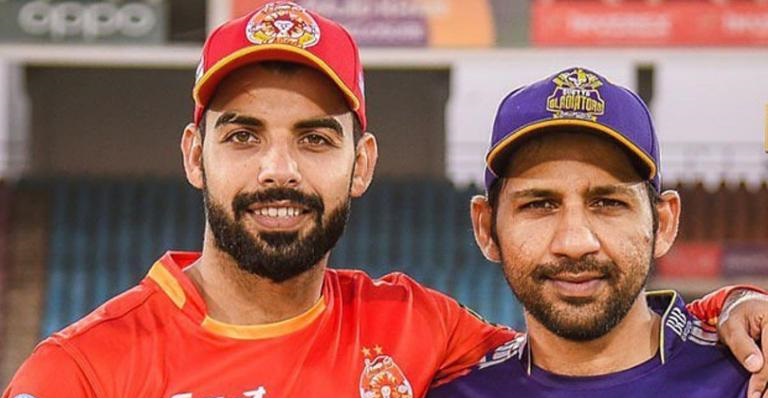 Islamabad United has had a mixed tournament so far. They have won three matches and lost two. Shadab Khan, the captain, has led from the front with both bat and ball. He is the leading wicket-taker of the tournament with 14 wickets and has scored 186 runs with an explosive strike rate of 182.35.

With the likes of Paul Stirling, Alex Hales, and Colin Munro at the top, Islamabad has the most destructive top-order in the tournament. And now that the tournament has shifted to Lahore, the team needs to buck up. Islamabad had some off moments that cost them the two games they lost. Islamabad is sitting in second place, but the other three teams are not far behind.

Quetta Gladiators were missing some firepower at the top. And the return of Jason Roy to the team has solved many issues and made them a strong unit. Jason Roy, who joined his team in the last match against Lahore Qalandars, showed why he is amongst the best white ballplayers in the world. He scored the second century of PSL 2022 and the highest score this season.

Skipper Sarfaraz Ahmed did look clueless in a few games, but now he must be confident about his team’s chances. And if Gladiators are to advance to the next round, they must start winning now. However, their recent victory over Lahore will undoubtedly boost their confidence as they prepare to face Islamabad.

Read our free cricket bet tips and tricks here in our website.

The pitch at the Gaddafi Stadium offers a lot for the batsmen to hit their shots. Both teams have some good hitters on their teams, so we could look for a high-scoring thriller. Choosing to bat first is always a better choice after winning the toss. The last two matches on this pitch were won by batting first in the PSL 2022.

Both teams have faced each other 14 times. And, according to the statistics, there is no difference between the two teams. Islamabad has won seven matches, and Quetta has won the same number of games.

Check our prediction cricket match today and get the latest news and updates here.