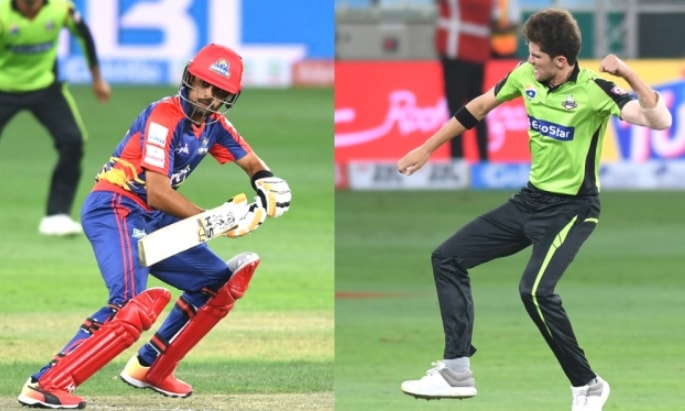 PSL 2022 LIVE: This is the match between the two superstars of Pakistan cricket. It is Shaheen Afridi vs Babar Azam. Lahore Qalandars will be taking on Karachi Kings in the 26th match of the Pakistan Super League 2022. The match will take place on February 12 at Gaddafi Stadium, Lahore, on February 18, 2:30 pm GMT / 8:00 pm IST. Find best Predictions for PSL 2022 Match No. 26 on your website.

Lahore Qalandars are almost through the next round with five wins from seven games. But they would love to finish at least in the second position on the points table. Shaheen Afridi-led team is performing really well. And they would fancy their chances against the low-confidence Karachi Kings. Fakhar, at the top, is having a dream run in this PSL. Skipper also showed some good form in the last match against Quetta Gladiators. A win in the next match will make their chance to finish in second place stronger.

Looking for some PSL schedule? Check it here and know more about the upcoming match.

Karachi Kings are having the toughest time in the tournament. PSL 2022 is turning out to be a nightmare for the PSL 2020 champions. They have lost all eight matches they have played in this season so far. But the Kings showed some fight in their last two matches, but a moment here and there cost them the games. However, there is nothing left for them in the tournament. It is just about the pride now which is on the line. The craze of Babar Azam is immense in Pakistan. So the fans must be hoping that their star players can see Karachi home in the upcoming matches.

The pitch at the Gaddafi Stadium offers a lot for the batsmen to hit their shots. Both teams have some good hitters on their teams, so we could look for a high-scoring thriller. Choosing to bat first is always a better choice after winning the toss. The last six out of the nine matches on this pitch has been won by batting first in the PSL 2022.

Lahore Qalandars and Karachi Kings have played a total of 14 matches in the history of the Pakistan Super League. And despite a bad season in 2022, the overall record of Karachi Kings is better than that of Lahore. Karachi has won eight matches in total. On the other hand, Lahore has won six, including the last match of PSL 2022.

Here’s our daily cricket prediction for today. You can check our live updates here.