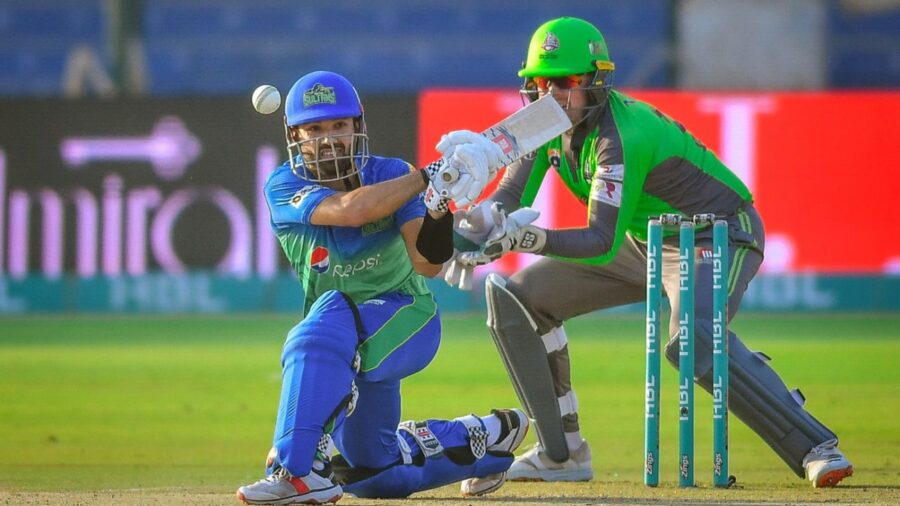 PSL 2022 LIVE: Lahore Qalandars will lock horns against Multan Sultans in the 17th match of the Pakistan Super League. The match will be played at Gaddafi Stadium, Lahore, starting at 20:00 pm IST / 14:30 am GMT. Find the best Prediction for PSL 2022 Match on our website.

Lahore Qalandars have everything to be the best team in the tournament. From international stars to the best local talent, they are a formidable side on paper. The Qalandars are sitting in third place in the points table, having won three out of five matches in the first half. Fakhar Zaman has been exceptional for them. He has scored the most runs in the tournament.

With the likes of skipper Shaheen Afridi, Rashid Khan, Haris Rauf, and David Wiese, they are among the best bowling units in the tournament. The Qalandars need to win at least three or four out of the next five matches to move on to the next round. However, they lost their opening encounter against the Multan Sultans, so it’s time for revenge.

Multan Sultans are unstoppable in the Pakistan Super League 2022. Having won all their six matches, they are sitting at the top of the table. They have almost made it to the next round with a few games left. The top-order of the Sultans has performed in every innings, which is the main reason they have been so successful so far.

The opening duo of Rizwan and Shan Masood has been phenomenal throughout the tournament. Both batsmen are sitting on two and three of the highest run-scorers in the tournament. Tim David, on the other hand, is the revolutionary in the batting order. He has hit 18 sixes so far, which is the highest in the PSL 2022. As per their performance so far, they are favourites to win against the Qalandars as well.

Gaddafi Stadium offers a lot to the batsmen. It is one of the best pitches in Pakistan to bat on. Batting first has always been an advantage for the teams. As per the T20 stats, the team will prefer to bat first after winning the toss. Multan won the last match on this pitch after batting first.

Both teams have met 10 times in the Pakistan Super League. However, the Multan Sultans have a slight edge over the Qalandars. Multan has won six out of ten, and Qalandars has four wins. Multan won the last match between the two in PSL 2022.

PSL 2022 LIVE in Pakistan: A Sports, PTV Sports, Ten Sports, Daraz, Tapmad and Cricwick have the rights to broadcast the matches of PSL 2022

In Sri Lanka: The live coverage of PSL 2022 will be presented on Sont Six, Pro TV, and Dialog Television.