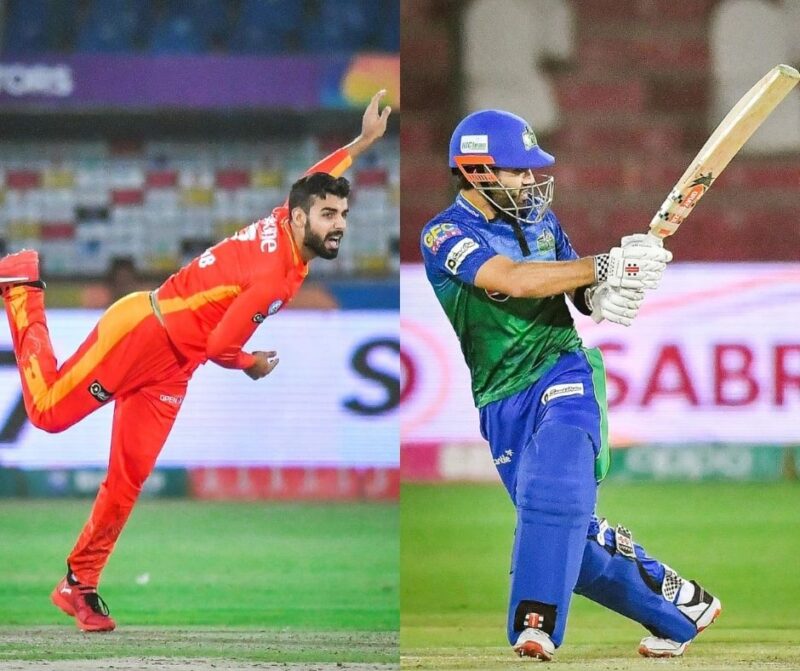 PSL 2022 LIVE: The match between two superstars from Pakistan. Multan Sultans will be taking on Islamabad United in the 29th match of the Pakistan Super League 2022. The match will take place on February 20 at Gaddafi Stadium, Lahore, at 2:30 pm GMT / 8:00 pm IST. Find the best Predictions for PSL 2022 Match No. 26 on your website.

Multan Sultans are having a dream run in the Pakistan Super League 2022. They have won eight out of nine matches they have played so far. They are already in the playoffs with just the last match to play against Islamabad United. Mohammad Rizwan is leading from the front and the batting department is looking unstoppable. However, they will not take Islamabad United lightly and would love to end the league stage with a win. And a win in the next match will also boost their confidence.

Islamabad United are coming from back-to-back losses. And they are left with just one match to play, and that is against the best team in the tournament. They are sitting in fourth place, but in cricket you can’t predict anything. If they lose against Multan with a big margin and Quetta Gladiators win against Karachi Kings with a big margin, then Islamabad can get out of the tournament. So, in a way, this will be a do-or-die match for Islamabad. They will have to win this one anyway.

The pitch at the Gaddafi Stadium offers a lot for the batsmen to hit their shots on the up. Both teams have some good power-hitters on their ranks, so we could expect for a high-scoring thriller. Choosing to bat first is always a better choice after winning the toss. The last eight out of the eleven matches on this pitch have been won by batting first in the PSL 2022.

PSL 2022 has been a contrasting story for both teams. Multan Sultans are at the top of the table, with Islamabad at number four. Overall story is a bit different. Both teams have played a total of 10 matches in the history of the PSL. And there is nothing to separate these teams, as both have five wins each. However, it was Multan who won the last two matches, including a match in the first half.