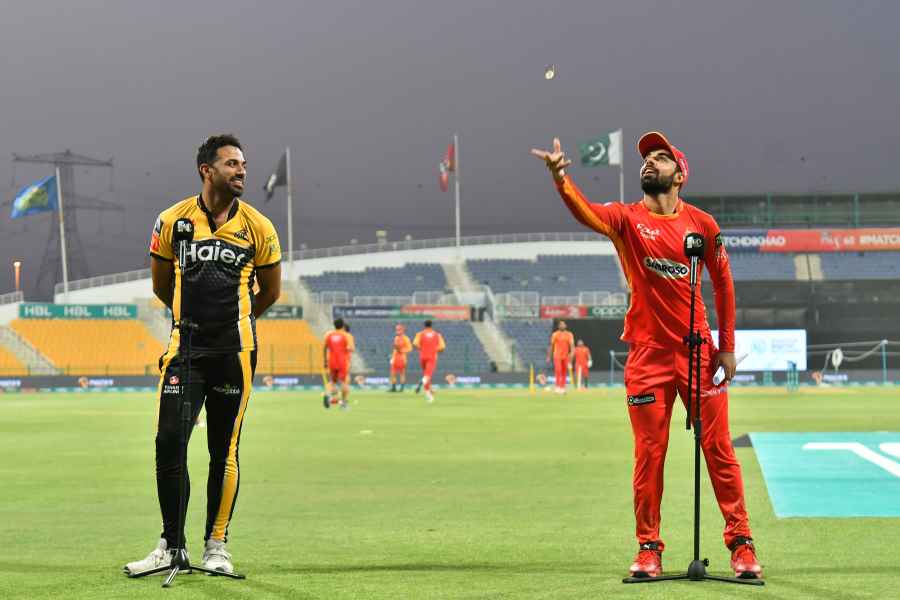 PSL 2022 LIVE: Peshawar Zalmi will be taking on Islamabad United in the 22nd match of the Pakistan Super League 2022. The match will take place on February 12 at Gaddafi Stadium, Lahore, on February 16, 2:30 pm GMT / 8:00 pm IST. Find the latest Prediction of the PSL 2022 Match on your website. Get the PSL live score update here.

Islamabad United is sitting in third place on the points table with four wins from seven matches. But still, they need to do some work to finish in the top two positions. They lost their match against Quetta Gladiators and came close to another loss in their last match against Karachi.

And now we are at the business end of the tournament, where all the teams are fighting to come out on top of the table. It will not be easy. So skipper Shabad Khan and team need to find more performances from their unit. And they need to win at least two matches in the next three to play in the playoffs.

Peshawar Zalmi is coming off two back-to-back wins. And it will undoubtedly boost their confidence as they prepare to face Islamabad in the next match. And it seems that they have picked up the pace now. The 41-year-old veteran batsman, Shoaib Malik, is performing as well as any batsman.

The team is currently in fourth place in the points table, but in order to qualify for the playoffs, they must win all three of their remaining games. One loss can shut the door for them. So now all the matches for them will be do & die. And the players have enough experience to deal with such situations.

Here’s a review about Mobile Bet365 and know how it works online.

The pitch at the Gaddafi Stadium offers a lot for the batsmen to hit their shots. Both teams have some good hitters on their teams, so we could look for a high-scoring thriller. Choosing to bat first is always a better choice after winning the toss. The last six out of the eight matches on this pitch has been won by batting first in the PSL 2022.

Get the best betting apps in India for IOS and Android.