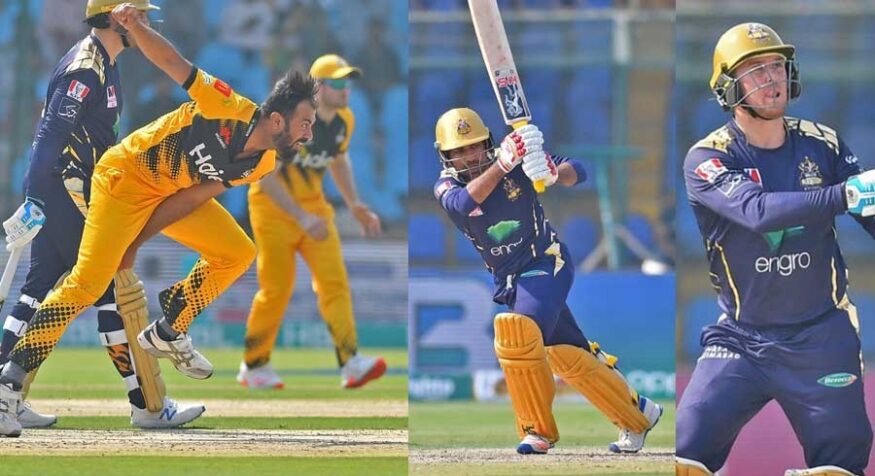 PSL 2022 LIVE: Peshawar Zalmi will be taking on Quetta Gladiators in the 22nd match of the Pakistan Super League 2022. The match will take place on February 12 at Gaddafi Stadium, Lahore, at 2:30 pm GMT / 8:00 pm IST. Find the best Prediction for PSL 2022 Match on our website.

Peshawar Zalmi have not performed as per their standards in the Pakistan Super League 2022. They are sitting at the bottom of the second position with three wins from seven games. On paper, the team looks very strong, and the fans would like to see their team perform as per expectations.

However, they are coming off a win against the Karachi Kings in their last match. The openers laid the foundation for them against Karachi. Wahab Riaz would expect them to replicate the same performance and provide a good start to the team.

Quetta Gladiators won two back-to-back matches after the arrival of Jason Roy. But somehow they find a way to strangle, as they did in the last match against Lahore. However, they are sitting in fourth place, but if they lose against Peshawar in the next match, it will be very hard for them to recover.

They already lost to Peshawar in the first half of the tournament. So it’s very clear to be in the race of playoffs, they will have to win. Skipper Sarfaraz Ahmed would want that the top order will give them a strong start. And the skipper also needs to set up to lead his team to the victory.

The pitch at the Gaddafi Stadium offers a lot for the batsmen to hit their shots. Both teams have some good hitters on their teams, so we could look for a high-scoring thriller. Choosing to bat first is always a better choice after winning the toss. The last four out of the five matches on this pitch has been won by batting first in the PSL 2022.

Both teams have met 18 times so far in the Pakistan Super League. And this rivalry is always at its peak when they both play with each other. But Peshawar holds a slight edge between the two, Peshawar has won 10 matches out of 18. And Quetta has won right so far in the PSL history against Peshawar Zalmi. It was Peshawar who won the last match between the two at Karachi in this edition.