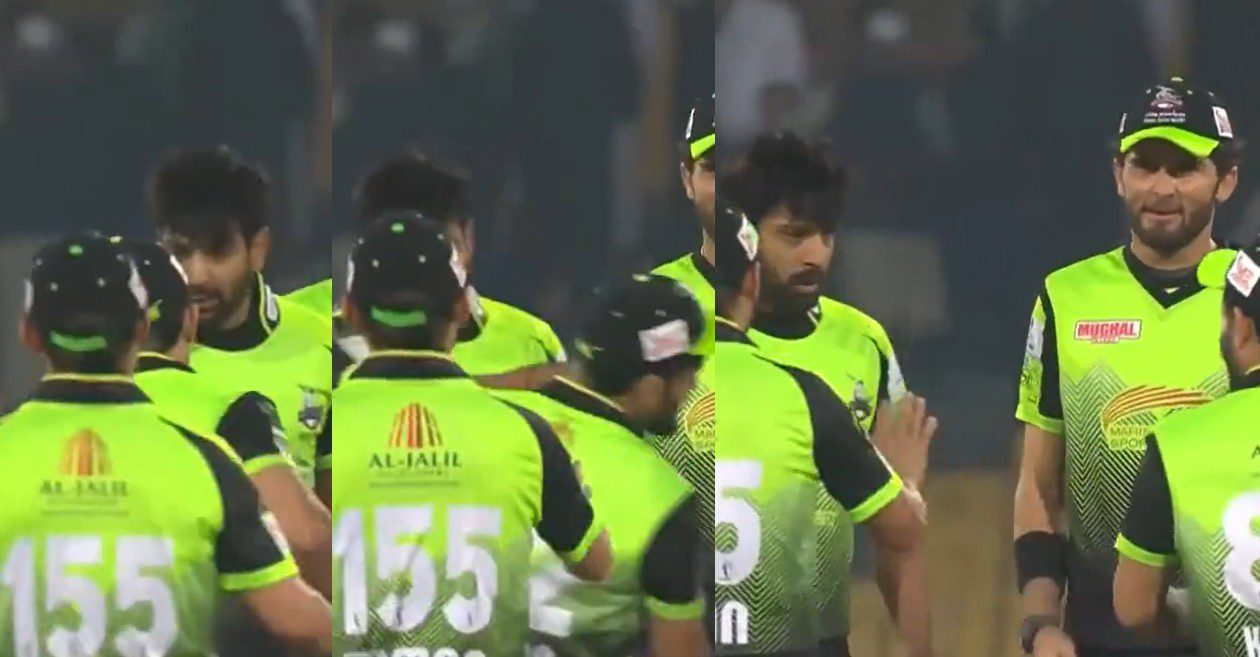 Pakistan Super League 2022 is in the news for various reasons. We are witnessing many things in the ongoing PSL, whether it is on-field or off-field. Whether it’s international players leaving the PSL in the middle of the season or James Faulkner’s controversial tweet accusing PCB of non-payment, it is all happening in the PSL 2022. However, another such incident happened during a match between the Lahore Qalandars and Peshawar Zalmi on February 21. During the last match of the league stage, fast bowler Haris Rauf slapped his Lahore teammate. Read here for more PSL 2022 news updates and match predictions.

At Gaddafi Stadium in Lahore the Lahore Qalandars locked horns against the Peshawar Zalmi on Monday. It was one of the best matches of the PSL 2022 season. It was a nail-biter of a game that ended in a tie.

It all started when Kamran Ghulam dropped the catch of Peshawar’s batsman, Hazratullah Zazai, off the delivery of Harish Rauf. But it didn’t cost much, as a couple of balls later, Haris once again trapped Zazai and got him out. Fawad Ahmed took the catch of the Afghan batsman. All the Lahore players came to congratulate Rauf on his wicket.

Kamran Ghulam also came to hug his teammate Rauf. But despite giving a high-five, the Pakistan Speedster slapped his teammate. And that incident happened live in front of everyone during the match. All the players and umpires were present on the field. And this incident went viral on social media like a fire in the woods. Here are some Free Cricket Betting Tips for the 2022 Season.

Fans didn’t like such behaviour from Haris Rauf and criticised him for doing this. Not only the fans, many ex-cricketers questioned this approach and asked him to apologise. The Pakistan Cricket Board is yet to take any action on it. It will be interesting to see if they take any action or not.

The match ended in a thriller, needing 24 off the last over. And the Lahore Qalandars were eight wickets down. But it was an unexpected finish from the superstar Shaheen Afridi, who did it again for his team, but this time with his bat. Shaheen smashed three sixes in the last over and scored 23 runs to tie the game for his team.

This was the first time match of this season and went into super over. But this time, the veteran pacer Wahab Riaz and his team, Peshawar, had the last laugh. Bowling in the super over is one of the toughest things to do for a bowler. But Wahad made it easy, as he just gave five runs in the over and Peshawar got the target of six runs in the super over. And it required just two balls for the experienced Shoaib to finish off the game. And Peshawar Zalmi won the match in the super over.

Get the legit Online Betting Apps for IOS and Android and learn how it works online.