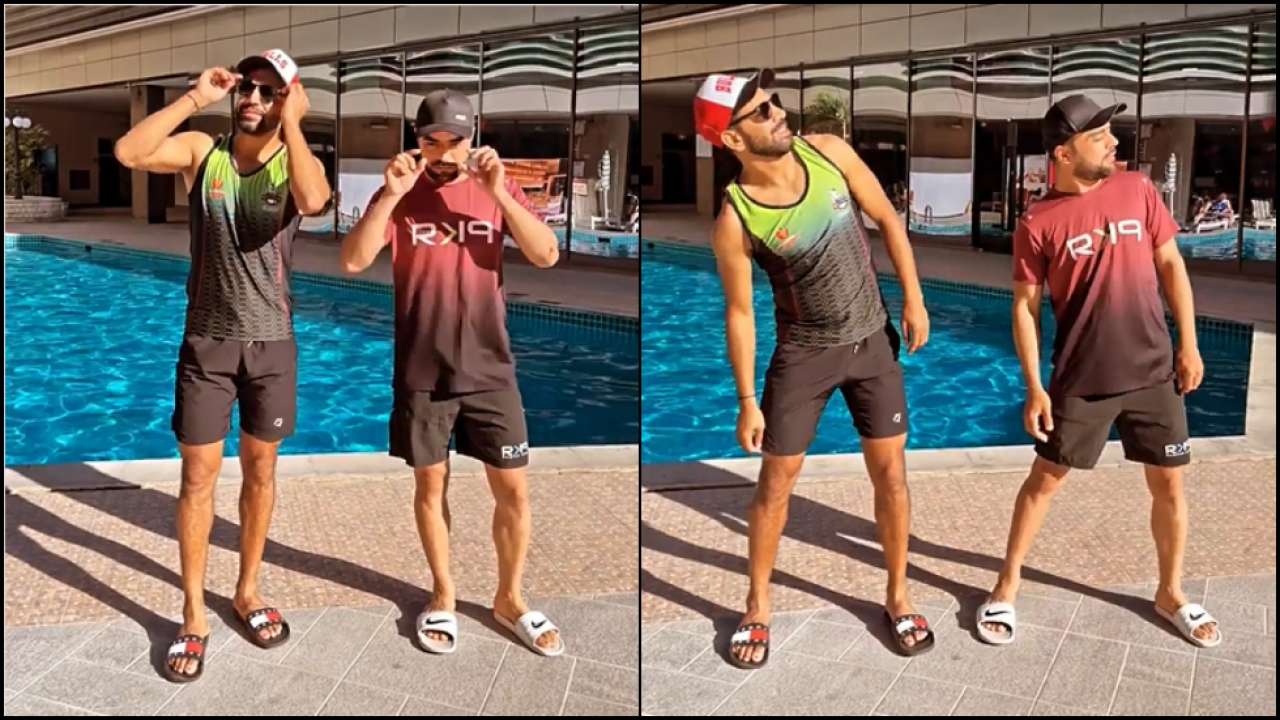 PSL 2022: Pushpa: The Rise, starring Allu Arjun, has been a smashing hit at the box office and social media. Rashid Khan, the star Afghan spinner, appears to be also infected with ‘Pushpa’ fever, as do many other cricketers. The Lahore Qalandars leg-spinner along with his pacer teammate Haris Rauf danced to ‘Srivalli’ song from the movie ‘Pushpa.’ The internet is awash in Instagram Reels based on the song, and evidently, the frenzy isn’t only among fans. Find the latest update of psl schedule here.

There’s a lengthy line of celebrities who have attempted the ‘Srivalli’ dance in social media videos, and Rashid Khan, the star Afghanistan cricketer, is the latest to join the list.

Before this, he had also posted a video of him enacting a dialogue from the ‘Pushpa’ movie. Hardik Pandya and his maternal grandma also appeared in a viral video for the same song a few days ago.

Both players lose their footwear in the video shared on Khan’s official Instagram account, also Khan forgets to wear sunglasses, which is required when filming this trend.

“No glasses but still ok going on with Trend. Laka Da Mar @harisraufofficial”

Khan is presently playing in the Pakistan Super League (PSL) with the Lahore Qalandars. Rashid’s admirers gave the video a thumbs up and quickly swamped the comment section with praise for his dancing abilities. David Warner, Australia’s star opener, responded by:

Fakhar Zaman’s maiden PSL 2022 century saw him rip through the Kings bowling attack, handing the hosts their third consecutive loss and giving the Qalandars their first win of the season.

The Qalandars defeated the Babar Azam-led Karachi Kings by six wickets. This game continued a trend that has characterized PSL battles in Karachi since last season, namely the chasing side’s success.

The Kings scored 170/7 in their first innings of PSL 2022 match, owing to Sharjeel Khan’s (60), Babar Azam’s (41), and Joe Clarke’s (24). No one outside the top four reached double digits, and Haris Rauf’s three late wickets ensured Qalandars went into the second half needing 171 to win.

Thanks to Fakhar Zaman (106), the Men in Red and Black chased down the objective with four balls remaining. Meanwhile, the Qalandars are fourth on the standings, while the Kings are bottom after losing their first three games. Read our betting tips for free and get some free guide here.