PSL 2022: Rashid Khan Pens a Heartfelt Note as He Skips Final to Play for Afghanistan 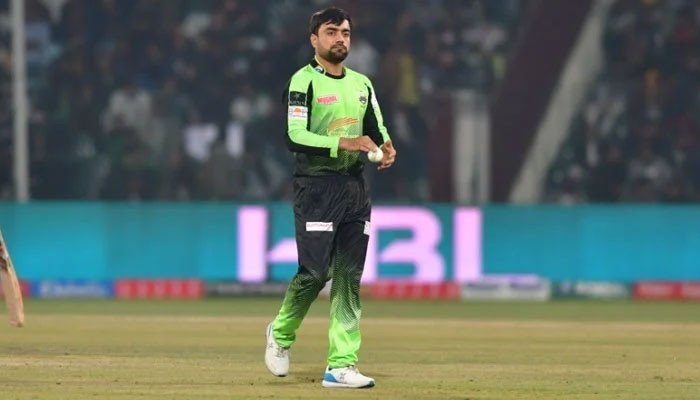 PSL 2022: Decorated leg-spinner Rashid Khan has made a bold decision as he is all set to miss the final of the Pakistan Super League 2022. The Afghanistan superstar was a part of the franchise Lahore Qalandars in the T20 Championship. If you are looking for PSL Schedule 2022 and match predictions, read more here on our site.

Lahore is scheduled to play against defending champion Multan Sultans in the final on Sunday at the Gaddafi Stadium in Lahore. As the team is eying its maiden title win, they were hoping to acquire the services of Rashid Khan for the final.

Notably, Rashid left the team bubble in Pakistan on February 20 to represent Afghanistan in the limited-over series against Bangladesh. Despite Rashid leaving the bubble, Lahore was hopeful of playing him in the final.

Qalandars proposed that they will fly the spinner from the bubble in Bangladesh to the PSL bubble via a chartered plane. However, it is learned that Rashid has turned the offer down as he is keen on representing Afghanistan against the Tigers. To confirm the news of him skipping the final, the 23-year-old penned a not on his official Twitter handle.

Rashid revealed that it was a fantastic experience to play in the Pakistan Super League alongside some of the greats of the game. However, he will always prioritize National Duty over franchise cricket. The leg-spinner also sent his warm wishes to his team and skipper Shaheen Afridi for the marquee event.

“It would’ve been great to be part of Lahore Qalandars and play alongside lads in PSL 2022 final. I won’t be able to make it for the finals due to National Duty which is always the first priority. I wish my captain Shaheen Afridi, Sameer Rana, and the team Good Luck  Inshallah,”

Rashid Khan played a big role in Lahore’s Qualification to the playoffs. The spinner played a total of nine games for the team and ended up picking 13 wickets at an average of 17.31. Having the spinner in the final would have given an extra edge to the team in their final against the defending champion.

Meanwhile, Rashid Khan is struggling with his form in the ongoing Afghanistan tour of Bangladesh. Afghanistan lost the first One Day International by four wickets while they cruised to another loss in the second game by 88 runs. The visitors will now be playing on Monday in the third ODI to avoid a series clean sweep. In the two games so far, Rashid has picked just two wickets at a forgettable average of 42.00. Here are more latest and Legal Betting Apps for IOS and Android.