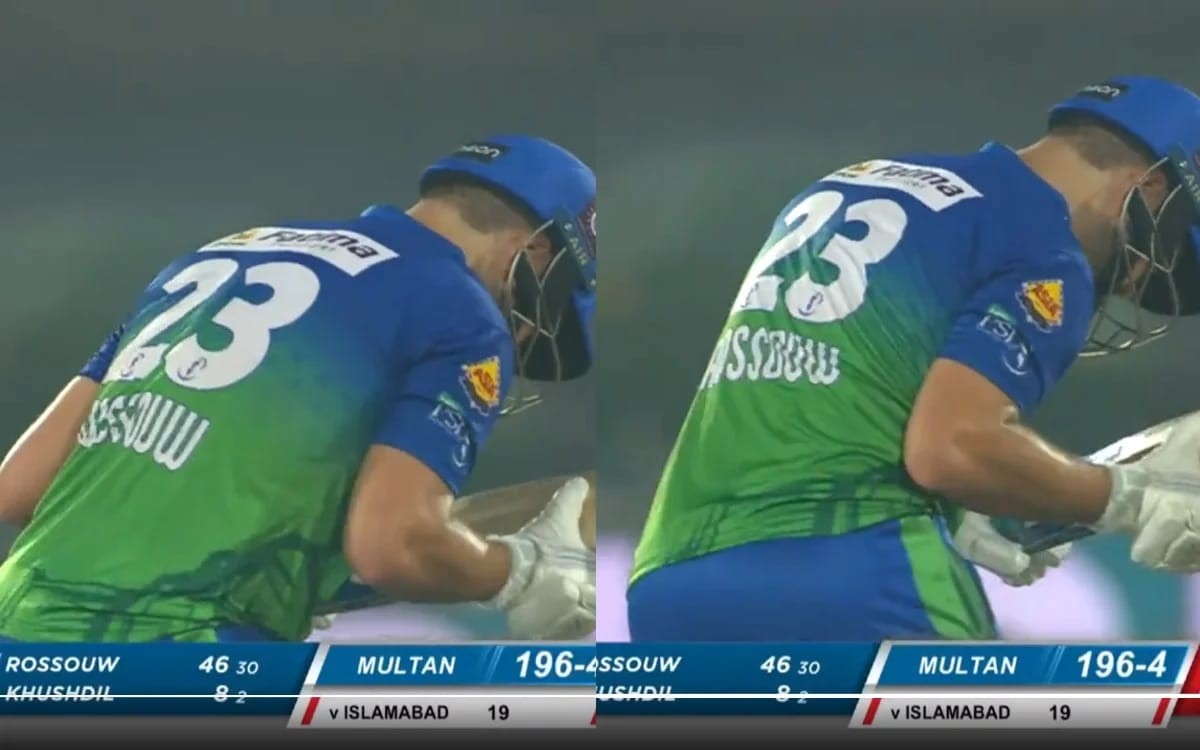 PSL 2022: Multan Sultans’ Rilee Rossow gave fans a moment of joy with his funny dance after reaching half-century in the ongoing Pakistan Super League. It was the 8th match in the PSL 2022 between Multan Sultans and Islamabad United.

The game turned out to be a high-scoring affair and was won by Sultans by 20 runs. Tim David (71 off 29) and Rossouw, who remained unbeaten after a classy knock of 67 off 35, were the batters who shone brightly from the Sultans’ end.

Though Sultans won by a comfortable margin, their star batter Rossouw stole the show for other reasons. During the game, the South African batter was seen performing an amusing celebration after hitting a six off Hasan Ali, completing his half-century.

Ali, who took one wicket after conceding 52 runs in his four overs, was hit for a spectacular six by Rossouw, who celebrated with a funny dance on the field. Get the latest PSL live score 2022 here.

PSL 2022: That celebration was for my 7-year-old daughter; Rossouw

As soon as the video of the incident went viral, the batter provided an explanation for why he performed that typical move.

“Have to keep promises you make. You guys must thank my 7 year old daughter for that one”

Rossouw while reacting to the viral video

This proves that the ‘twer’ was for Rilee’s 7-year-old daughter and was done at her request. This incident elicited a hearty laugh from fans.

Talking of the game, Islamabad won the toss and chose to field first, which backfired as the Sultans went on to score a massive 217 runs. David and Rossouw were instrumental in their team breaking the 200-run barrier. Apart from them, opener Shah Masood got the team off to a brisk start with a 31-ball 43.

When it came to the chase game, United’s batters couldn’t handle the pressure and kept losing wickets at regular intervals. Shadab Khan was the brightest spot and the lone warrior from their batting setup, smashing 91 off 42 balls. But it was all for naught because he received no support from the other end. Khushdil Shah took four wickets for Sultans, while David Willey took three.

Defending champions, Multan Sultans started from where they left. They have had another dream start to PSL 2022. They are leading the table with 8 points after winning all the 4 matches they played so far. Sultans’ next encounter is against Peshawar Zalmi on Saturday, 5th February. They would once again hope for fireworks from the bat of Rossouw. Read our free cricket bet tips and guide here in ours site.