Home » News » PSL 2022: Shaheen Afridi Got Out Hasan Ali and Asif Ali on Consecutive Deliveries. But They Were Not Given Out – Watch Video

PSL 2022: Shaheen Afridi Got Out Hasan Ali and Asif Ali on Consecutive Deliveries. But They Were Not Given Out – Watch Video 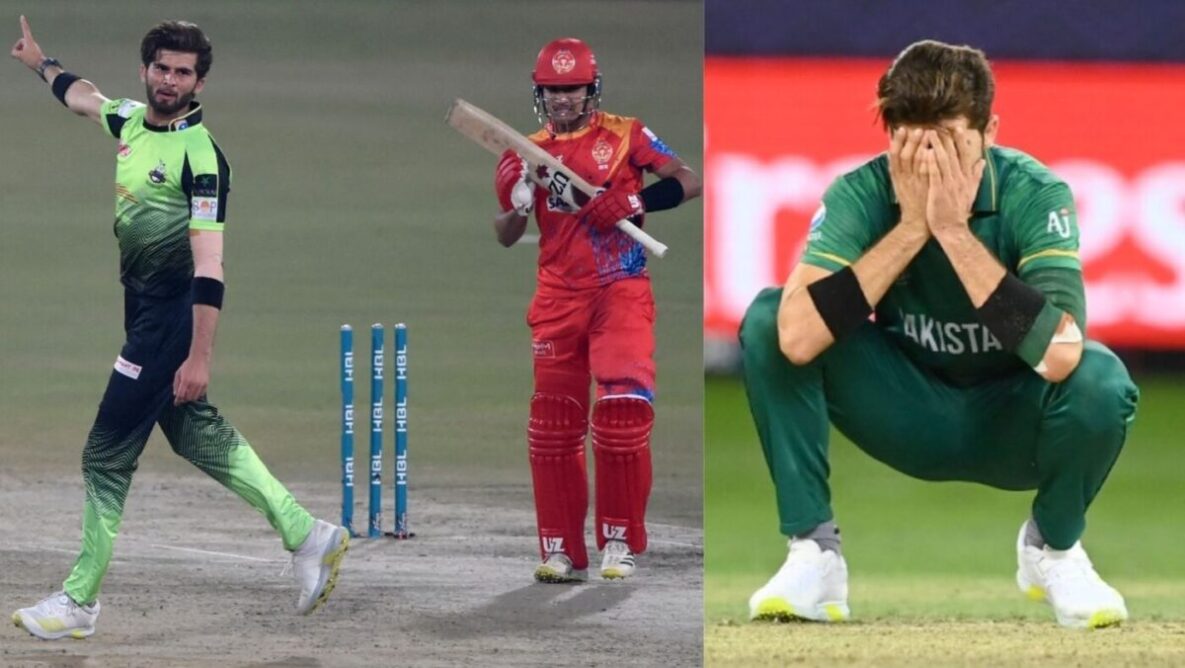 PSL 2022: Pakistan Super Leauge 2022 are on a verge of getting the winner for this 2022 season. So far, the PSL 2022 has been full of impactful performances, some controversies, and action-packed matches. And with every match and every moment, it is getting more intense. And that’s what happened in the Eliminator 2 between the Lahore Qalandars and Islamabad United. If you are looking for more PSL Schedule 2022, do check it out here on our site.

The Eliminator was a mail-bitter for the fans, and they saw some crazy moments throughout the match. The first incident was in the 20th over of the innings for Lahore. David Wiese smashed Waqas Maqsood for 27 runs and helped his team get to a par score of 167, which proved to be the winning score.

And second, and most importantly, was in a Shaheen over, when he was bowling the 16th over of the second innings. Needing 35 runs in the last four overs, it was looking like a comfortable win for Islamabad. And they were moving towards a easy win. The over didn’t start when hard-hitting batsman Asif Ali smashed the second ball for a boundary, and Shaheen was seen under pressure.

But the superstar pacer held his nerve and bowled a slow delivery to Hasan Ali on the third ball of the over. Hasan was not able to time the ball and it looped in the air. David Wiese, who was at long-off, took the simple catch, and the Lahore players looked happy and came to congratulate him. But soon it was learnt that Shaheen’s front foot was out of the popping crease and it was called a “No-ball.” And Hasan Ali was given not out. Here are some Live Cricket Betting Odds and know about how betting odds work online.

And it brought Asif Ali to the crease to face the free-hit delivery as both the batsmen took a single off the no ball. But the left-armer was too good to be hit as he changed up his pace and bowled a direct bowl. And it was another catch at the boundary off Shaheen. But unfortunately, Asif Ali was not out because it was a free hit. And Lahore captain Shaheen was seen kicking the ground in frustration.

But finally, it was the Lahore Qalandars who won the match by just 6 runs. And Lahore skipper Shaheen bowled superbly for his 2/32 in four overs. All-rounder David Wiese was adjudged “Man of the Match” for his all-round performance.

And now Lahore will face the mighty Multan Sultans in the finals of PSL 2022. The finals will be played on Sunday, February 27 at Gaddafi Stadium. It is a blockbuster clash between two powerhouses of Pakistan cricket. Shaheen Afridi will be up against Mohammad Rizwan. Fans are already excited to see those teams in the finals. So, with the firepower both teams have, we can expect a thriller in the final.

Read here to get more Bet365 Betting Tips and bet like the betting experts.