PSL 2022: Shahid Afridi Reacts as Shaheen Afridi Shocked the World With Bat in Hand, by Hitting Four Sixes in PSL 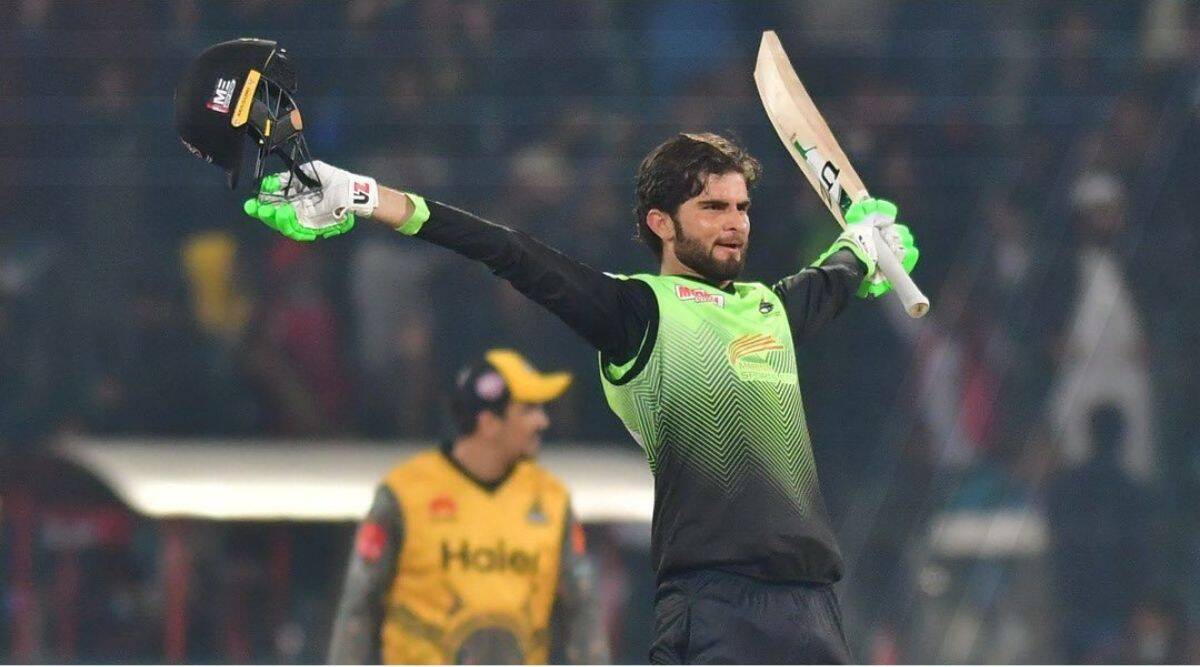 Who can forget the spell of Shaheen Afridi against India in the T20I World Cup in the UAE? He was bowling in-swinging yorkers at a speed of more than 145 km/h. But on Monday, he showed some exceptional hitting ability with his bat during a league game in PSL 2022. The left-handed batsman took the world by surprise as he hit four sixes in an over against Peshawar Zalmi. It was the last match of the Pakistan Super League group stage.

Needing 24 runs in the final over of the innings. Mohammad Umar was the bowler and the Lahore Qalandars had lost their eight wickets. And it looked like the match was done and dusted. But then came the unexpected: Lahore skipper Shaheen smashed 23 runs in the final over, including the last ball for six, to tie the game. And eventually, Peshawar Zalmi won the match in the super over.

PSL 2022: On this, former Pakistan explosive batsman Shahid Afridi couldn’t stop himself and praised Shaheen. Lala took to his official Twitter account and shared a photo of him and Shaheen’s same celebration in a collage. He also mentioned, “SHAHEEN AFRIDIIII YOU BEAUTYYY!!!” in his tweet.

However, the happiness didn’t last long on Shaheen’s face. As in the super over, they lost all momentum and lost the match as well. Batting first in the Super Over, Lahore was able to score just five runs, largely due to the superb bowling of the veteran pacer Wahab Riaz. His full and pace bowling restricted both Fakhar Zaman and Harry Brook from scoring, and he just conceded five runs.

The target of six runs in the super over seemed below par. Veteran batsman Shoaib Malik hit the first two balls for a boundary and won the super over and the game for the team. This was the last match of the league stage, and now the PSL has entered the business stage of the tournament. Both teams have reached the playoffs. Lahore finished the league stage in second place, and Peshawar ended up in third.

Four teams have qualified for the playoff stage. Multan Sultans have topped the group with 9 wins out of 10. Lahore and Peshawar are in second and third place. Islamabad United is the fourth team to enter the playoffs. Multan will play the first qualifier against Lahore on February 23.

On the other hand, Peshawar will lock horns with Islamabad in the Eliminator. And the loser of the first Qualifier and the winner of the eliminator will play in the second Qualifier to get a chance to play in the final.

The final will be played at Gaddafi Stadium in Lahore on February 27.

Get the top Betting Apps for IOS and Android here.