Home » News » PSL 2022: The Batsman With The Most Sixes In PSL History

PSL 2022: The Batsman With The Most Sixes In PSL History 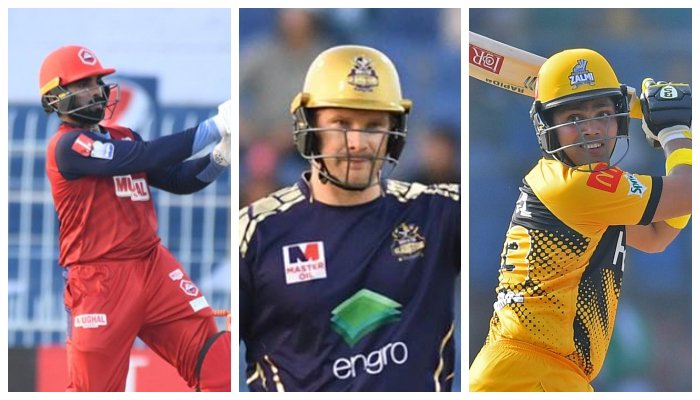 PSL 2022:  Hitting sixes is a fundamental skill for a T20 cricketer that they must possess if they want to thrive in the long run. The average number of sixes hit in a T20 game has reached an all-time high. The more sixes you hit, the more runs you will be able to score.

In a typical T20 encounter, at least 10 sixes are hit during the course of the two innings. Now hitting sixes in a franchise-based T20 competition is an art and an important one. The Pakistan Super League is one of the tournaments where the number of sixes has increased dramatically.

The players with the most sixes in the PSL will evidently go on to have the reputation of dominating the bowlers. As the seventh edition of the PSL began on January 27, 2022, we may expect to see an increasing number of sixes now than ever. Many fans believe that hitting sixes is all about body force, but there are many combinations of factors involved. Here’s complete PSL schedule for 2022

The first on the list is the veteran Pakistani right-handed batter Kamran Akmal. Whenever there will be a review of the PSL, Kamran Akmal’s contribution has to be mentioned. He has hit 84 sixes in 69 matches of the league.

The right-handed batsman is already mentioned in many batting records, and the same is true in the PSL when it comes to the most sixes. In the tournament, he has only played for Peshawar Zalmi. Kamran hits a six almost in every innings, demonstrating his dependability. He is also the second-highest run-scorer in PSL history. Akmal has been a run machine, averaging 27.57 runs.

Next on the list is Australian legendary all-rounder Shane Watson. During the five seasons, he was part of Islamabad United and Quetta Gladiators. Shane Watson was one of the most lethal all-rounders in world cricket during his time representing Australia. He has been one of the PSL’s most successful batsmen as well. In the 46 innings Watson played, he hit 81 sixes. Looking for free cricket prediction sites? Read more here.

Top 10 Batsmen with the Most Sixes in Pakistan Super League