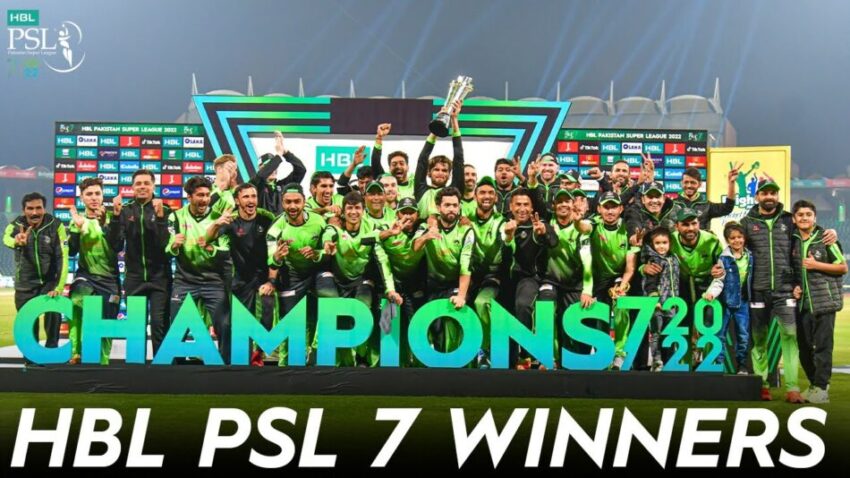 PSL 2022: Pakistan Super League is amongst the top cricket leagues in the world. And this year, we saw the crowning of a new champion, the Lahore Qalandars. In the seventh edition, Pakistani superstar Shaheen Shah Afridi led his team to their maiden PSL title. On Sunday, fans saw a thrilling encounter between the two best teams in the tournament, Lahore and Multan. And it was one of the best matches of the tournament. Find here the complete PSL 2022 schedule and match predictions.

However, it was the Lahore team who held their nerve and won the match by 42 runs, stopping Multan from winning their second title. And, arguably, this was one of the best seasons of the HBL PSL in Pakistan cricket history. The level of competition and performance of the players was unexpected. PCB President Ramiz Raza also acknowledged the fact that this season was the best of all.

The PSL was introduced in 2016, and PSL 2022 was the seventh season of this league. There were a total of 34 games in the seventh edition. Because of COVID restrictions, all matches were held in Karachi and Lahore. And after the finals of the tournament, the PCB Chairman came up with an extraordinary figure. As quoted by Cricket Pakistan, Ramiz Raza said that this year was the best so far and the profit jumped to 71%. He also thanked the crowd and the fans for this great success. Ramiz said,

“There is no doubt that the HBL Pakistan Super League 7 has been a phenomenal success. And this is largely due to the fact that we had amazing crowds, both in Karachi and Lahore. In my professional career, I have never seen such charged up, overwhelming, enthusiastic, lively, and supportive crowds, particularly in Lahore”,

For more Bet365 betting tips for the 2022 Season, read more here on our site.

Further adding to that, he also revealed that all the franchises made a profit of around PKR 900 million (INR 38 crore) each from this edition. The Chairman also discussed the future plans for the next edition. He said,

“HBL PSL 7 profits jumped to 71 percent, the most in its history. With each franchise earning around PKR 900 million, again the most in HBL PSL’s history. And all before the first ball was even bowled. For next year, we aspire to take this league to the homes of all franchises and broaden its fan-reach”,

Coming back to the grand finale, it was the all-around effort of Professor Mohammad Hafeez who helped Lahore win the title. With the bat, he scored a crucial 69 runs off 46 balls, and with the ball, he took two wickets. And as usual, Shaheen was phenomenal with the ball, taking three wickets in the finals.

And it was a historical win for Lahore. Shaheen (21 years) also became the youngest player to captain a team to lift the T20 tournament. He broke the record of Steve Smith (22 years) who won the BBL 2012 and Rohit Sharma (26 years) won the IPL 2013. Looking for live Cricket betting odds? Read more here and know more about the upcoming match.