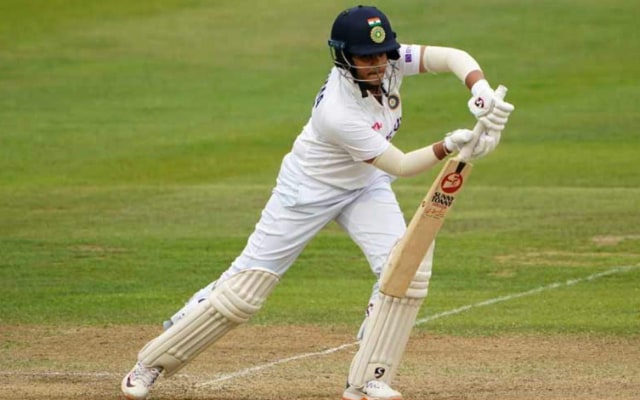 India’s men’s team is gearing up for the final of the inaugural edition of the World Test Championship (WTC) against New Zealand at the Ageas Bowl in Southampton. Meanwhile, it is a big occasion for the Women’s team too as they are playing their first Test match in seven years against England Women in the United Kingdom (UK). Here’s our full review about betway betting app.

The women’s team Test match saw England completely outplaying the visitors as they posted a total of 396 in the first innings after batting first. The second innings saw India collapsing at 231 and getting a follow-on. At the end of day three, the Indian team was trailing behind England by 82 runs. However, a player that has shined bright in the tough conditions is debutant Shafali Verma. On Friday, Shafali became only the fourth player in the history of women’s cricket to score a half-century in both innings of the debut Test.

The performance by the 17-year-old invited applause and appreciation from all over the cricket fraternity. India’s Men team was also all praises for the women’s team, especially the opening batter Verma. While speaking at a press conference, India’s field coach R Sridhar revealed that the entire men’s team is closely following the women’s Test match.

“Except for the time when we were out for practice, all of us have seen the game. It’s been live in our rooms, in our team room, in our breakfast area and even today while we waited for the rain to stop, all of us were waiting and watching the girls’ game,” he said. “They are now fighting to get back into the game. We have seen Deepti putting up a stoic performance there.” Here’s our free betting tips today.