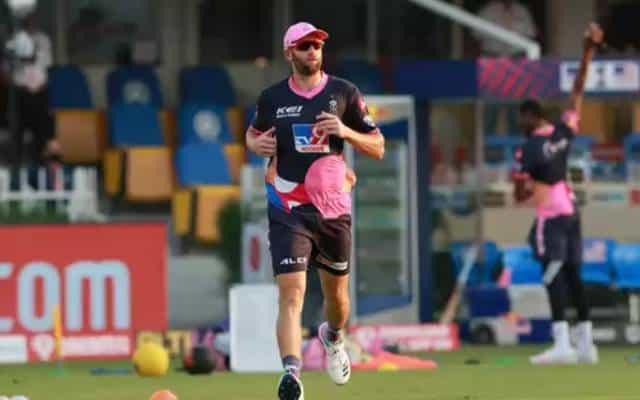 Rajasthan Royals (RR) have been dealt with a massive blow as it is learned that the Australian pacer Andrew Tye has decided to pull out his name from the ongoing 14th edition of the Indian Premier League (IPL). Tye was present with the Royals in their bio bubble in Mumbai but has decided to leave the camp and fly back to Australia.
Here’s our full betwinner review. We have free full guide how to bet online safely.

The reason for the exclusion of Tye from the ongoing T20 Extravaganza is still unknown as Rajasthan Royals is yet to make an official announcement regarding the same. Tye becomes the fourth overseas player to leave RR camp. This can be a major concern for the franchise considering their overseas resources are almost exhausted and they don’t have any notable players sitting on the bench now.

Jofra Archer was the first RR overseas player to be ruled out from IPL 2021. The speedster suffered an elbow injury along with a hand injury and thus didn’t travel to India for the tournament. The same was followed by Ben Stokes getting ruled out after injuring his finger during the team’s first match of the season against Punjab Kings (PBKS). Liam Livingstone was the third player as he travelled back home citing bubble fatigue as the reason.
Check this olbg cricket betting tips free. You will learn a lot on this site about betting.

The information regarding Andrew Tye leaving was revealed by RR’s Director of Cricket Operations Kumar Sangakkara while he addressed the team in the dressing room after their win against KKR. “AJ is leaving in the morning at 4 AM, so all of you boys who wanna say bye to him and thank you, he’s been part of the squad. He’s offered a lot of himself and his thoughts,” Sangakkara said to the players in a video uploaded on RR’s Twitter handle.