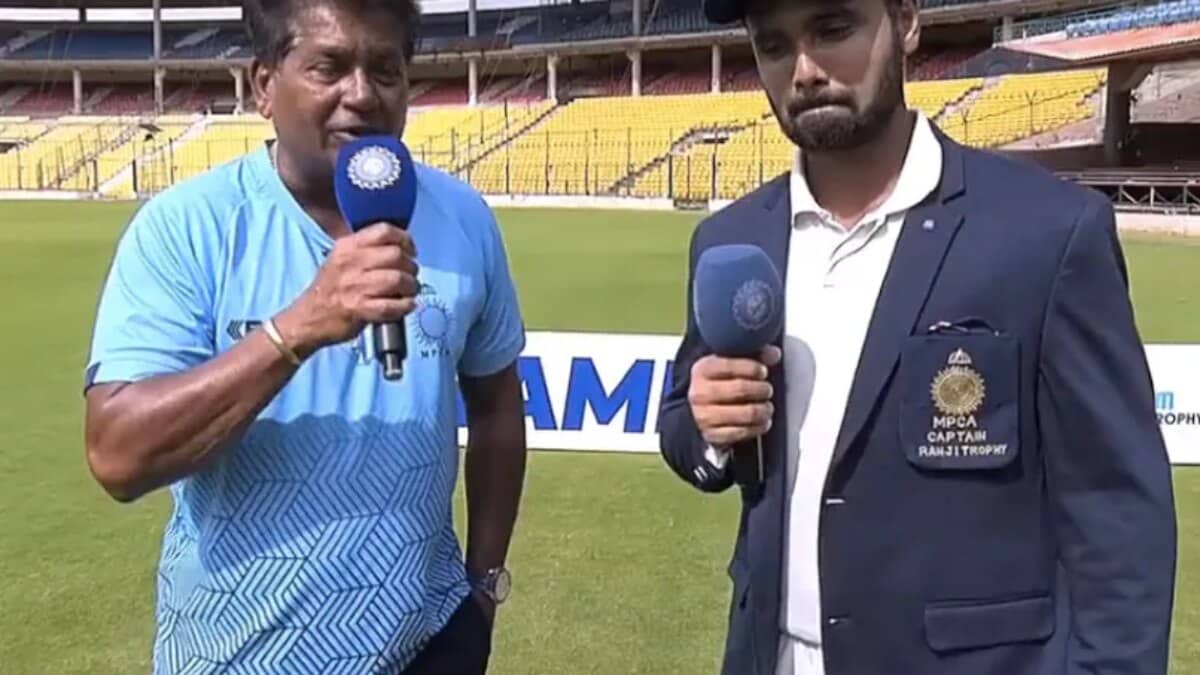 Ranji Trophy 2022: There is rarely happens when a coach becomes the talk of the town after their team’s triumph. But after winning the maiden Ranji Trophy, the Madhya Pradesh team coach’s fascinating story is grabbing attention. Remark, Chandrakant Pandit’s team Madhya Pradesh has won the championship title of Ranji Trophy, 2022. In the final, they defeated Mumbai and lift their maiden title in Ranji Trophy. It is a memorable moment for the MP team as they get into the final after 23 years. If you are searching for the best betting sites in India, you are in the ideal place!

23 years ago when MP had reached the final, it was Chandrakant Pandit who was the captain of this team. And now he has successfully won the title of being the coach of the team. Although, as a coach, it is his sixth title in Ranji Trophy. Before this, he won the cup three times with the Mumbai team and two with the Vidarbha team. He is a successful coach in the domestic circuit but he associated with any IPL teams till now.

Regarding this, he revealed one of his stories about meeting Shahrukh Khan in 2012. He stated that he was getting an offer in the KKR franchise. But he denied the offer and was not coping with his style of coaching. He stated that “I met Mr. Shah Rukh Khan back then, but somehow I couldn’t bring myself to work under a foreign coach,”.

“Every trophy gives satisfaction but this one is special. I couldn’t do it as an MP captain years back (23 years). All these years, I have always felt that I had left something back over here. That’s the reason I am a bit more excited and emotional about it,”

As discussed above, Chandrakant Pandit had won the Ranji Title before this but this one has a nostalgic touch. Back in his playing days, he used to be a wicket-keeper batter and also the captain Madhya Pradesh team. In 1999, he had brought his team into the finals but unfortunately failed to win the final. As, the opponent, Karnataka defeated them in the final and became the champion. Now 23 years later in the same venue his team beat the opponent and named the title in their name.

Talking about the final match, Shubham Sharma earned the player of the match award. He scores 116 and 30 runs in both innings. Whereas, Sarfaraz Khan got the player of the series reward for being the run machine in the entire season. In the first inning he scored 134 runs and then in the second innings he scored 45 runs. Mumbai failed to put such a big target for MP as they put only 108 runs target on the board. Chasing the easy target, Madhya Pradesh ended by winning the match by 6 wickets. Read Mobile Bet365 reviews here and learn more about how online betting works with this app. Try it out now!