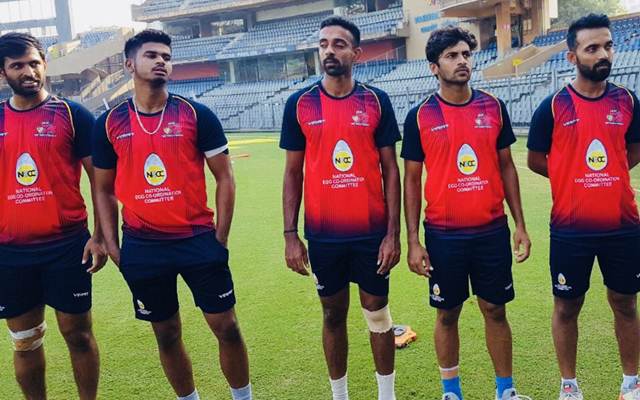 Mumbai has a rich history of producing talented players such as Sachin Tendulkar, Wasim Jaffer, and many more. Surya Kumar Yadav, Shreyas Iyer, and Rohit Sharma are the current players who are plying their trade for the Indian team.

The onus of leadership has been handed to Prithvi Shaw despite the availability of the experienced Ajinkya Rahane in the squad. They are placed in the Elite Group D alongside the defending champions Saurashtra, Goa, and Odisha.

The 22-year-old Prithvi Shaw will have an added responsibility this season as he will be handling the captaincy duties as well. He rose to fame quickly after making his first-class debut in 2017 and also leading India to the U19 World Cup title in 2018. The youngster has also been a part of the Indian test side but was dropped owing to poor returns.

However, Shaw has impressive numbers with the bat in domestic cricket scoring consistently. In 28 first-class matches, he has managed to rack up 2414 runs at an average of 49.26 and a strike rate of 81.71. In his short stint, he has scored 10 half-centuries and nine centuries which also include one double-ton.

Former India vice-captain Ajinkya Rahane will not be a part of the Sri Lanka Test series and instead will be plying his trade for Mumbai in the Ranji Trophy to get back to form. This will be an important tournament for him as his international career hangs in the balance.

Rahane has been a stalwart for Mumbai who came into the limelight after smashing 1089 runs in his second Ranji season. Overall, in 164 first-class matches, Rahane has managed to score 11796 runs at an average of 46.44 including 52 fifties and 35 centuries with the best score of 265.

Shams Mulani has been the most consistent performer for Mumbai recently. He has made vital contributions in both departments and has been among the few positives for Mumbai. He has troubled the batters with his slow left-arm orthodox and has scored valuable runs down the order.

Since making his first-class debut in 2018, Mulani has managed to score 556 runs in 10 games at an average of 42.76 with six half-centuries. He has also grabbed 28 wickets at an average of 34.46 including one five-wicket haul.