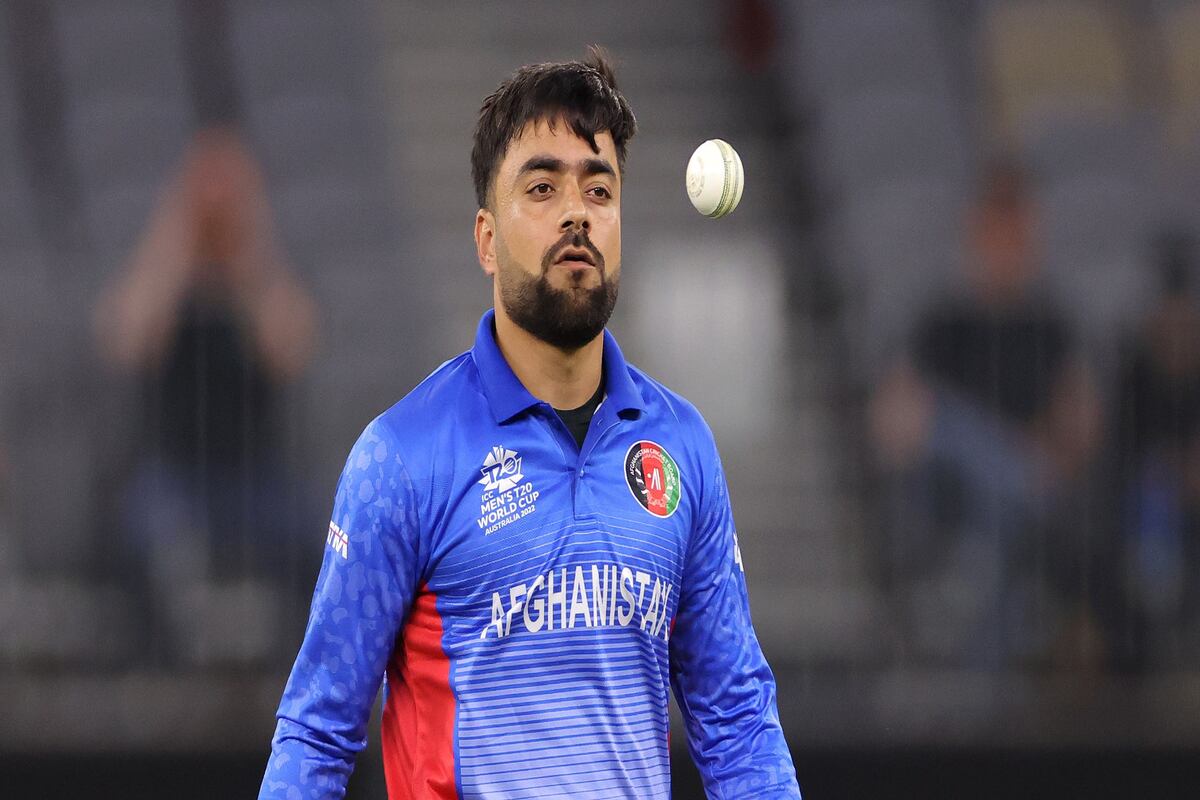 Afghanistan’s leg-spinner Rashid Khan continues to enhance his reputation as a specialist T20 bowler. On Tuesday, he became the first spinner and second bowler overall to take 500 T20 wickets in the SAT20 match between MI Cape Town and Pretoria Capitals. Rashid’s enigmatic spells with the ball continue to enthrall the cricket fanatics while they pose a major threat to the rivals. His spin prowess has agonized the opposition on many occasions.

Rashid, who is currently leading MI Cape Town in the ongoing SA20, took three wickets against the Pretoria Capitals to enter the record books, bowled a fantastic session in which he took 3 wickets and conceded just 16 runs. He completed the milestone by taking the wicket of Cylde Fortuin who made just 11 runs in 14. Despite bowling his heart out, he failed to make his team win as Pretoria Capitals sealed a 52-run victory against Rashid’s MI Cape Town at Newlands on Monday. Requiring 183 runs to win, the sold-out Newlands crowd was entertained by Dewald Brevis.

But he was outfoxed by Anrich Nortje’s slower ball. Eventually, the home team fell short of the target by 52 runs. Pretoria bowlers bowled out the opposition for 130 to claim the bonus-point win over MI Cape Town. He has dominated both club and international cricket around the world thanks to his amazing T20 records and he is emerging as a strong candidate to be the greatest T20 player of all time at this young age.

West Indies’ legend Dwayne Bravo leads the bowling charts in the 20-over format. The T20 specialist has taken 614 wickets in his long career at an average of 24.13 in 556 matches. Next to him is the 24-year-old Rashid who completed the 500-wicket mark in 371 games. To his credit, he has taken wickets at a staggering average of 18.10 and an economy of 6.30. Afghanistan’s ace spinner has 4 five-wicket hauls and 9 four-wicket hauls in his career.

Rashid’s version of leg-spin has been the talk of tactic meetings for every team he plays against. When he bowls, he keeps the batter on their toes. He’s very deceptive and a proven wicket-taker. At such a young age, Rashid has achieved so much in his career, especially in T20 cricket. It’ll not be a surprise if he ends his career as the Greatest T20 player ever in the history of the game.

Most wickets in the  T20 format: