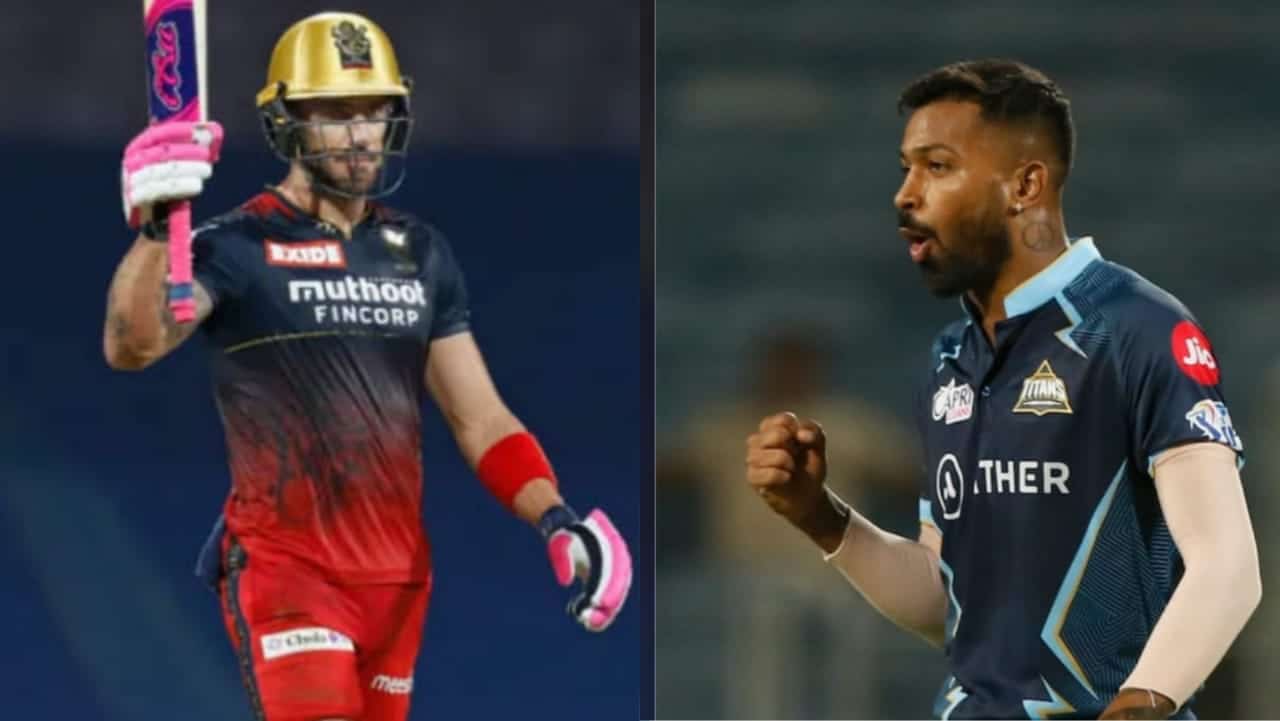 RCB vs GT: It is a double-header on Saturday, and the first fixture will see two teams with a number of power-hitters. Gujarat Titans will lock horns with Royal Challengers Bangalore. Both teams had a great start to this IPL season, but RCB lost its momentum in the middle. Get Cricket match prediction sites and read the latest news, see upcoming fixtures and the current leaderboard.

However, GT is still going strong and has won against all its opponents. As a result, they are sitting at the top of the table with seven wins. RCB had two big losses in the last two matches, and their NRR was shattered badly. They don’t have any choice left now apart from winning with a good margin. So it will make the game more interesting.

RCB has none to blame. It’s their own mistake that they are in this situation. The batting department failed miserably in the last two matches, and they suffered two big defeats. RCB has now slipped to fifth place with 10 points. Now they will have to win three of their remaining five league games to qualify for the next round. The biggest issue for them is the batting form. Former skipper Virat Kohli is struggling badly, and that might have put pressure on the others as well. He himself needs to find a way to resolve it before it gets too late. The bowling is looking quite good.

Read Mobile Bet365 reviews here and know why this app is one of the best platforms for online betting.

It is looking like Gujarat Titans are on a mission to accomplish everything in their debut season. That is why they are beating every team in the competition. The only loss came against SRH, and they settled the score in the last match. The finishers are doing an extraordinary job in all chases, and they are equally good at defending the target. Wriddhiman Saha also scored some runs in the last match, which will give them more confidence. The bowling department, led by Mohammed Shami, is also doing its job exceptionally well. All in all, they have ticked all the boxes, match after match.

Both teams have two Indian superstars in their ranks each, Hardik Pandya and Virat Kohli. The only difference is that one is performing and the other one has failed so far. This will also be the first time that both teams will play against each other, so both will want to get the upper hand on each other.

RCB v GT: Players to watch out for

At the top of the order, Faf du Plessis is crucial for RCB’s batting. Whenever he has gotten off to a solid start, his team has won more often than not. In the previous two games, he got out cheaply, and the team lost terribly. So far, he has blasted 278 runs at an average of 30.88.

Josh Hazlewood has shown excellent form since he joined the side. The RCB pacer is leading the pace bowling and has already showed why he is among the best, in the limited opportunities he’s had. He has taken 10 wickets in just five matches at an average of 13.60.

Hardik Pandya is at his absolute best this season. The skipper is batting at a different level. Hardik is the highest run-getter for his team. He has scored 305 runs at an average of 61.00, including three consecutive half-centuries.

Mohammed Shami is among those pacers who have once again shown why they are so good. In the last match against SRH, he gave GT a good start in bowling. The veteran pacer has taken 13 wickets in 8 matches at an average of 18.53.

Both teams have some good power hitters in their squads, but RCB will win for survival on this pitch. So we will back Royal Challengers Bangalore to win the match. However, the team winning the toss might win the game as well. Here’s the most reliable source of Cricket betting tips for free created to help Indian punters get the most out of their cricket wagers.