Rishabh Pant Likely to Get Discharged in 2 Weeks: Reports 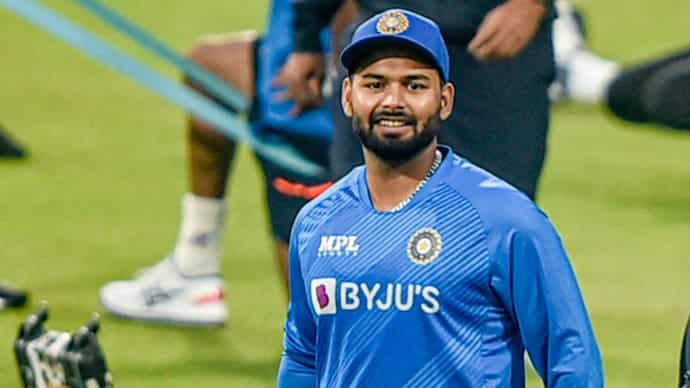 Team India’s young wicket-keeper batsman Rishabh Pant who is currently admitted to Kokilaben Dhirubhai Ambani hospital in Mumbai is likely to be discharged in 2 weeks. Latest reports suggest that after the discharge it might take nearly 4 to 6 months for the player to get completely fit. Rishabh Pant underwent a handful of surgeries but is now in the recovery phase. For the first time since the accident, the player shared his health update on social media with the fans.

On 29 December 2022, while going home from Delhi, earlier in the morning Rishabh Pant when an unfortunate incident occurred. He was immediately rushed to Max hospital in Dehradun where his primary treatment began. Later on, BCCI secretary Jay Shah made arrangements to shift Rishabh Pant to Mumbai. He was flown by air ambulance to Mumbai and under the lookout of BCCI, his treatment continued.

A source from the BCCI gave a statement to the Times of India regarding the comeback of Rishabh Pant. The source explained that the ligament tear repair could take around 4 to 6 weeks to heal completely. He further stated that the rehab phase will be difficult and the cricketing board will provide Rishabh Pant with counseling too. He underwent crucial surgery to have his medial collateral ligament repaired. The anterior cruciate ligament needed to be repaired with a minor surgery.

“All the ligaments were injured. The posterior cruciate ligament (PCL) is a cause of concern. The doctors said that MCL surgery was absolutely necessary. Now, his PCL will be assessed in two weeks. Hopefully, it will not need any further surgery. As of now, he essentially has undergone just one major surgery. The ligaments usually heal in four to six weeks. After that rehab and strengthening will begin. His return to play will be assessed in another two months. It could be four to six months before he can start playing,” the source said.

This means that the Border-Gavaskar trophy and the World Test Championships finals are out of the scene for Rishabh Pant. Depending on his recovery period, BCCI will take a call on his participation in the Asia Cup 2023 and ODI World Cup. Coming back after missing 7-8 months won’t be easy for Rishabh Pant as the player will have to fight again to make a place for himself in the squad again.