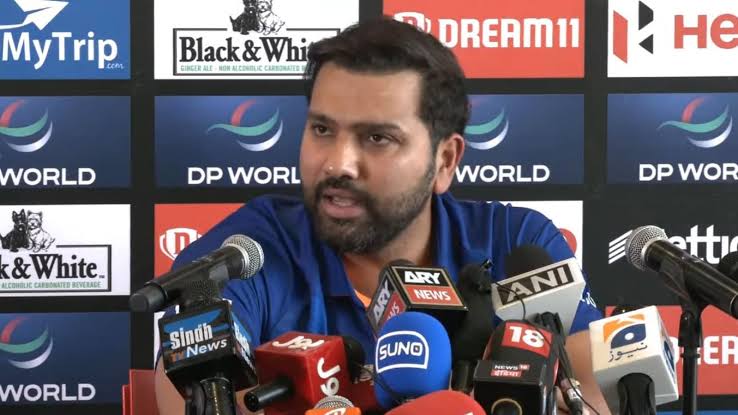 Rohit Sharma’s press conference often leaves the fans and reporters in splits; this time, it’s nothing different. The Indian captain was addressing the media before the start of the India versus Australia T20i series. He mentioned the team combinations, Virat Kohli’s role in the team and more. Additionally, he answered questions in regard to India’s not-so-great performance in the Asia Cup. Here are the top 10 betting sites in India that you can open on your mobile devices and enjoy competitive odds and all the features you can expect from a mobile betting site.

Amidst all these questions, one of the reporters asked Rohit about Jhulan Goswami’s retirement. He mentioned: “Kitney sawaal puchtey ho“ in his standard hilarious tone. He further added, “Rahul will open for us at the T20 World Cup. We are not going to experiment with that position a lot. His performances often go noticed. He is a very important player for India. If you look at his performances over last two three years, it has been very good. I want to make it clear to everyone that we have absolute clarity on this and kya khichdi pak rahi hain we know it very well. There is no confusion.”

There have been talks about Virat Kohli opening for India after his recent knock against Afghanistan. Earlier this month, KL Rahul was asked about Virat Kohli’s position as the opener. Former Indian batsman, Gautam Gambhir had called these speculations rubbish and backed KL to open in the upcoming World Cup. The Australian series and the one after that will determine how Rahul will be for the role.

The upcoming T20 World Cup will be the first major ICC tournament for Rohit Sharma as the captain. Interestingly, both Rohit Sharma and Dinesh Karthik were a part of the team when India had won the inaugural cup. Ahead of the tournament, the team has also unveiled a new jersey that’s light blue in shade with patches of dark blue. After last year’s not-so-great tournament, it will be interesting to see how the team shapes up this year for the challenge. Read Mobile Bet365 reviews here and learn more about how online betting works. So what are you waiting for? Download the app now!