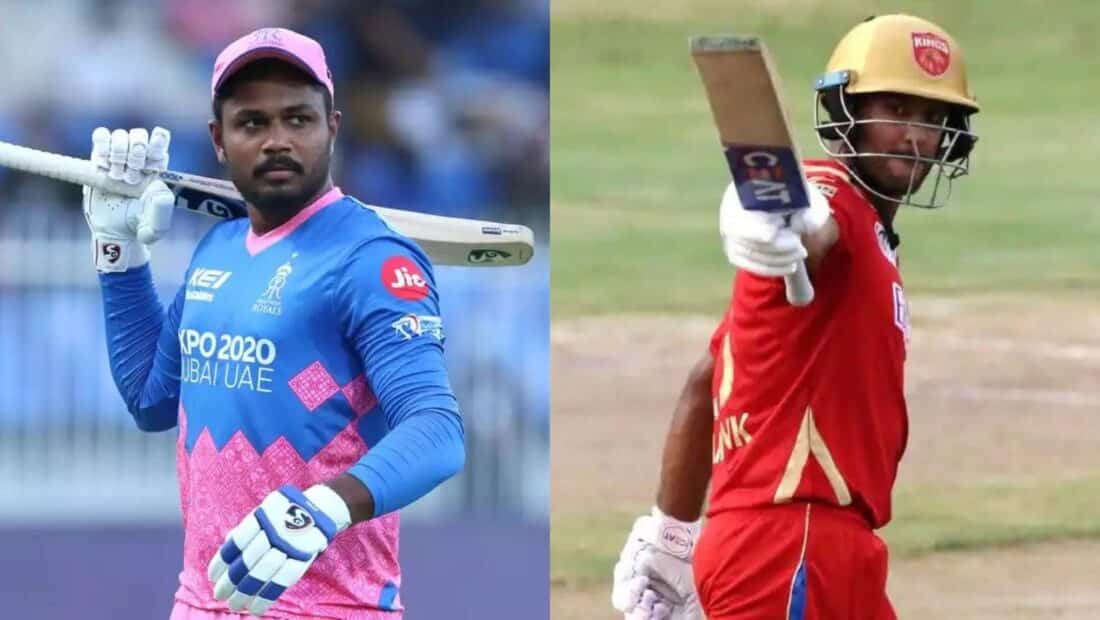 RR vs PBKS Match Prediction: The next fixture of the TATA IPL 2022 will see two explosive batting line-ups come up against each other. This clash will feature Rajasthan Royals and Punjab Kings. Both teams will lock horns in the first match of a double header on Saturday. The match will take place at the Wankhede Stadium at 3:30 PM. Both teams are competing to make it to the playoffs, so this is a must-win game for both.

RR, who dominated most of the games, have now lost their previous two matches. So that has made their path to the playoffs a bit difficult. On the other hand, PBKS, who won their last match against Gujarat Titans, are not left with many choices; they need to win the match. As a result, this match is likely to be a high-scoring thriller.

Sanju Samson and his team have one of the strongest batting orders in this competition. They are sitting in third place on the points table with six wins from ten matches. RR has the choice of two matches as they need two wins from the remaining four league games. But they would like to win the maximum to end the league in the top two positions to get extra benefits in the playoffs.

Notably, they had two average games in their previous matches and the batting order didn’t perform as per expectation. Jos Buttler and Sanju Samson were the only survivors in both matches respectively. But now, as the tournament has entered the business end, other batters need to take the responsibility. The bowling looked decent as they tried hard with a low total to defend. For today’s Cricket betting odds and scheduled matches, read here.

Mayank Agarwal and his team have now started to perform. That’s what they showed in the last match against table-toppers Gujarat Titans. PBKS totally outplayed them in all departments of the game. Their star players rose to the occasion, and PBKS registered a comfortable win. Kagiso Rabada led the bowling team with four wickets himself to restrict Gt to a low score.

Then the veteran Shikhar Dhawan and the six-hitter Liam Livingstone finished the proceedings with a bang. Punjab are sitting in 7th place and needs three more wins from their remaining four matches. So the match against RR becomes more vital. But the win over GT will give them the confidence to perform better against RR.

Both teams have played 23 matches against each other in IPL history. But the best part is that, they bring the best out of each other. RR are ahead with 13 wins and PBKS has 10 wins under their belt. But this will be a match between two batting heavy teams.

RR vs PBKS: Players to watch out for

Shikhar Dhawan is one of the best batters in the IPL and is the second highest run-getter in IPL history. This season as well, he is at the top of the list for batters. Dhawan has scored 369 runs so far with three half-centuries.

Kagiso Rabada helped PBKS to get a win over GT by delivering a match-winning spell of 4/33. The pacer has shown really good bowling form and is leading the pace attack quite well. Rabada has taken 17 wickets and is just two wickets behind Chahal.

Jos Buttler is at his absolute best. He has broken many records this season and is eyeing the record of Virat Kohli for the highest runs in one season. The RR opener is solid at the top and is holding the “Orange Cap.” He has scored 588 runs in 10 innings with three hundred and three 50s.

Yuzvendra Chahal is one of the reasons for RR’s success this season. The veteran leg-spinner is holding the “Purple Cap” and is looking to take more wickets. Chahal has taken 19 wickets in 10 matches with an economy rate of 7.27. Know why Bet365 is legal in India and how this app works for betting online.

Both teams have settled playing XI in this competition. But talking about the performances in recent matches, Punjab has an upper hand. So we will back PBKS to win the match number 52 against RR.