Home » News » RR vs RCB: “We know Shane Warne is looking down on us with a lot of pride today”- Jos Buttler

RR vs RCB: “We know Shane Warne is looking down on us with a lot of pride today”- Jos Buttler 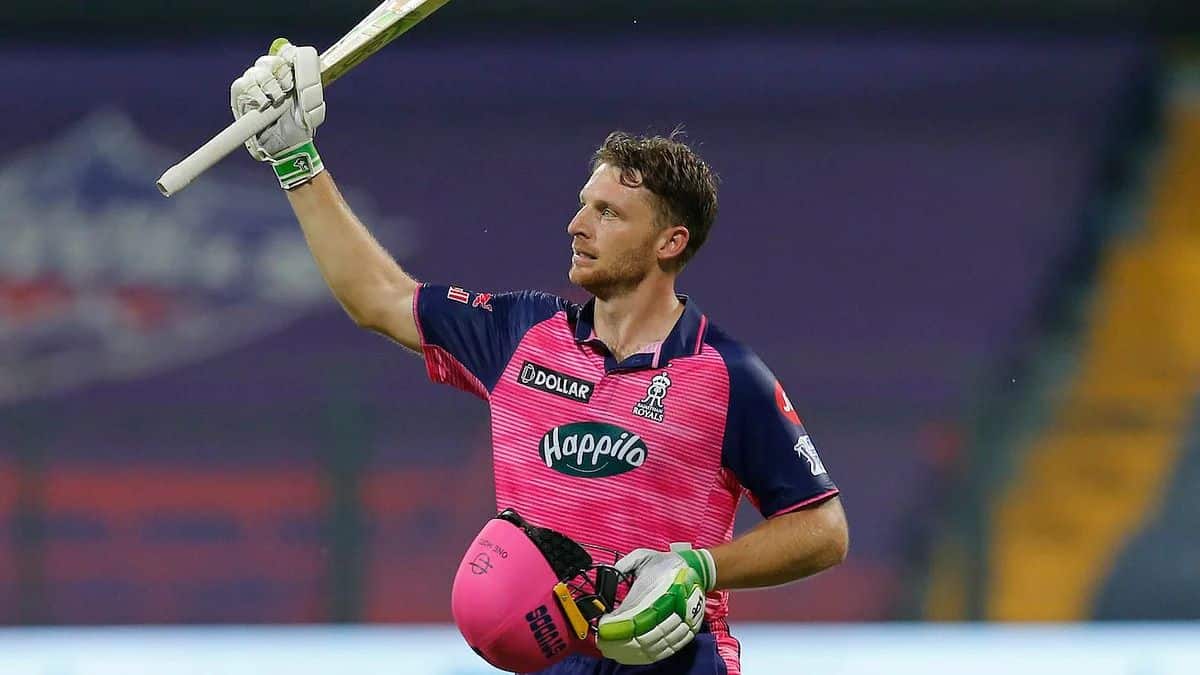 RR vs RCB: Rajasthan Royals advanced to the finals of IPL 2022 after beating RCB comprehensively in Qualifier 2. Jos Buttler delivered yet another scintillating performance to see his team home a comfortable victory. He scored an unbeaten 106 off 60 balls while chasing a target of 158 runs. Buttler, however, didn’t forget and fondly recalled RR’s first captain, Shane Warne, who passed away earlier this year. If you want to see more best cricket betting tips and match guides from our experts then head to the main betting tips page to help you find your best bet of the day.

Rajasthan Royals have made it to their first IPL final since their triumph in the inaugural edition in 2008. Shane Warne was RR’s first ever captain, having led his team to a title win in the inaugural edition. RR had defeated the Chennai Super Kings in the finals to clinch their first IPL title. Warne played five seasons for the Rajasthan Royals from 2008-2012 and continued to be a part of the franchise in other capacities after that.

He, however, passed away on March 4 this year, a few weeks prior to IPL 2022 due to a heart attack. Warne is arguably the best spinner the world of cricket has seen. His legacy stands unparalleled and speaks volumes about his greatness. He was an integral part of the Rajasthan Royals. Being the first captain of the franchise and the only title winner, Warne enjoyed privileges of respect and love. He was instrumental in shaping the careers of many cricketers in and around the Rajasthan Royals. His demise was a huge loss for everyone who has known him personally and professionally. For more cricket betting odds and scheduled matches for the 2022 season, read here.

When Buttler scored his fourth century of the season to propel the Rajasthan Royals to their first IPL finals since the inaugural edition, he didn’t forget to recall their first captain Shane Warne.

“Shane Warne is such an influential figure for the Rajasthan Royals and having led the team to success in the first season, we will miss him dearly, but we know he is looking down on us with a lot of pride today,”

Jos Buttler while speaking in the post-match presentation ceremony

RCB too rendered a heartfelt message for Shane Warne and the Rajasthan Royals, who made it to their first final since their inaugural title win.

While batting first, RCB posted an easy target of 158 runs. Royal Challengers Bangalore had started their season on a high note but their trail took the same road as of previous years. They began to flounder in the latter part of the season. They somehow managed to reach the knock-out stage of the tournament but could hold on for a long time. Last match’s hero Rajat Patidar tried to defy the evident loss but couldn’t help it this time. Dinesh Karthik too had a dull outing, first with the bat then with gloves. He dropped Buttler for a sitter when he was batting at 66. Buttler later proved menacing and clinched the game away from the yearning RCB.

Here are the ten best betting apps in India that you can download on your mobile devices and enjoy competitive odds and all the features you can expect from a mobile betting app.

The Rajasthan Royals will now take on the Gujarat Titans in the finals on May 29 on the same venue as of Qualifier 2. Buttler seemed excited for the upcoming decider as it will be a full house. Narendra Modi Stadium in Ahmedabad will host a jam-packed final of the season. Buttler seemed incredibly excited to play at arguably the biggest stadium in the world.

“I came today so excited and the thought of playing in front of 100 thousand people, incredible support, a fantastic stadium and a brilliant game of cricket. I just enjoyed today so much. To be able to get the opportunity to go and play in the final of the biggest T20 tournament in the world is incredibly exciting,”