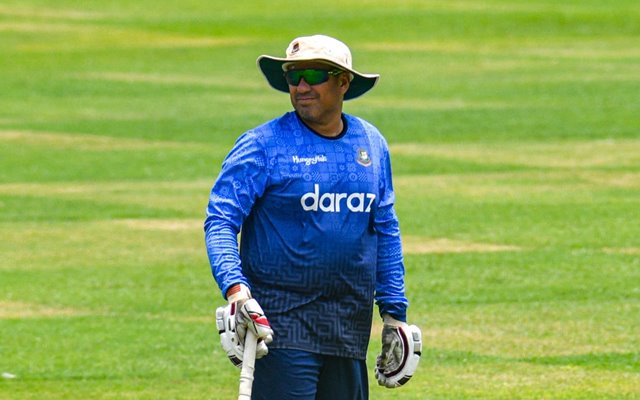 Bangladesh and Australia are set to face each other in the five-match T20I series starting from August 3. This marks the finalizing of the preparations for the Bangladesh team with the T20 World Cup to be played in October-November this year. And their head coach Russell Domingo is confident of pushing and beating Australia in the five-match series.

Notably, the Men in Yellow are not with their preferred choice of players with the likes of David Warner, Steve Smith and many other IPL bound players pulling out of the West Indies and Bangladesh tours due to bubble fatigue. Moreover, even the skipper Aaron Finch is missing having injured his knee but that doesn’t make them a weaker side and they have the bowlers like Mitchell Starc and Josh Hazlewood in their line-up.

However, Domingo isn’t worried about it and feels even these bowlers can make mistakes and serve them bad balls. “Mitchell Starc and Hazlewood are quality bowlers and we have looked at some of their footage. But at the end of the day you will play the ball not the man. End of the day they are humans and will bowl some bad balls. We got to play with a clear mind and absolute clarity that we have got to put away the bad balls,” he said according to Cricbuzz. We have  free guide on bet365 betting app and know how we predict matches.

Domingo is also aware of the fighting spirit of Australia and completely understands that they will come hard at home team early in the series. But he is also confident of his team doing well and beating them in this series.

“We know that Australia has a rich history of cricket but the history that has been created by the group of Australians are not here at the moment. For us to compete and win the series we have to be at the top of our game. As a coach I am confident that if we can do the basics really well, we can push Australia and beat them here. I don’t think psychologically it’s a massive issue,” Domingo added further.