Home » News » SA VS BAN: Khaled Ahmed has Been Fined for Violating the ICC Code of Conduct 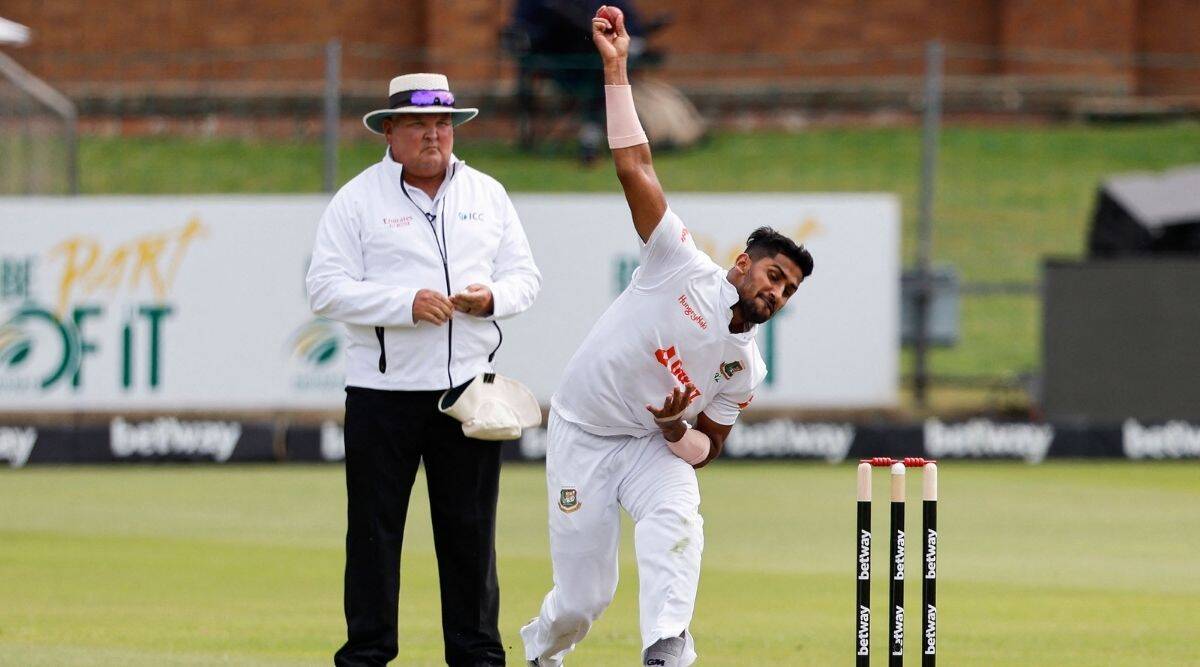 SA VS BAN: After violating the ICC Code of Conduct during the second Test against South Africa in Port Elizabeth, Bangladesh fast bowler Khaled Ahmed was penalized 15% of his match fee. South Africa swept Bangladesh in the two-Test series on Monday. They inflicted a crushing 332-run defeat on the visitors at St George’s Park. With left-arm spinner Keshav Maharaj claiming his second seven-wicket haul of the series. Off-spinner Simon Harmer had 3/34 in support of Maharaj’s 7/40.

Get the latest online betting apps for IOS and Android here on our site and know about how betting works online.

On day four, Bangladesh’s resistance lasted just over an hour as Maharaj and Harmer ripped through the batting order. He dismissed the visitors for just 80 runs in 23.3 overs. Ahmed was found guilty of violating Article 2.9 of the International Cricket Council’s Code of Conduct for Players and Support Personnel. It states that

“throwing a ball at or near a Player, Player Support Personnel, Umpire, Match Referee or any other third person in an inappropriate and/or dangerous manner during an international match.”

Ahmed’s disciplinary record will be with one demerit point for the Level 1 violation. Which is his first in a 24-month period.

“The incident occurred in the 95th over of South Africa’s first innings. On the second day when Kyle Verreynne hit the ball back towards Ahmed. “The bowler then threw it towards Verreynne in an inappropriate and dangerous manner, hitting him on the right glove.”

For more live betting tips and match guides from the experts, read here for free.

The issue did not worsen as a result of timely intervention. Marais Erasmus, the on-field umpire, then spoke with Mominul Haque. Allegedly warning him to persuade the bowler to calm down before things became worse.

The charges were leveled by on-field umpires Marais Erasmus and Allahudien Paleker. Also third umpire Adrian Holdstock, and fourth official Bongani Jele. Ahmed admitted to the offense and agreed to Andy Pycroft’s proposed punishment. Meanwhile, Bangladesh was defeated by 332 runs in the second and final Test of the series, as they once again failed to impress in the second innings.

The visitors were dismissed for just 80 runs while chasing a massive total of over 400. They also lost the two-match Test series 0-2 after a humiliating defeat in the second innings of the first Test. Khaled Ahmed was one of Bangladesh’s top bowlers on the visit, claiming eight wickets in 77 overs, across the four innings.

In his second over of the day, Khaled repaid his skipper’s faith by trapping Kyle Verreynne with lbw and had Wiaan Mulder caught at gully with two wickets in consecutive deliveries. He then went on to hit four more blistering overs. Khaled concluded the first innings with stats of 4-92, the greatest bowling performance by a Bangladeshi pacer in a Test match against South Africa in their own stadium.

Looking for more Cricket betting odds for this season? Find them here.