Home » News » SA vs IND: India’s Loss Brought Tears in Deepak Chahar and His Fiance’s Eyes as His All-Round Effort Went in Vain

SA vs IND: India’s Loss Brought Tears in Deepak Chahar and His Fiance’s Eyes as His All-Round Effort Went in Vain 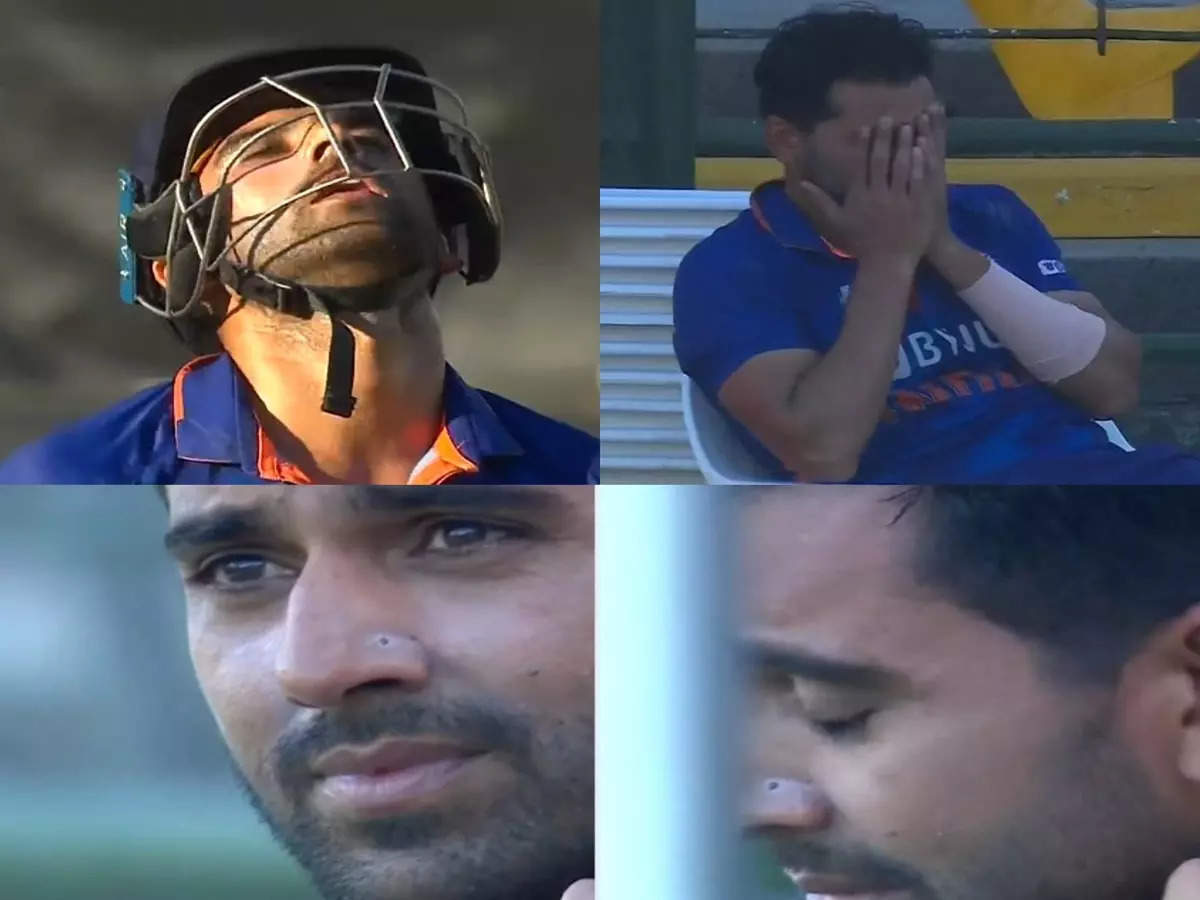 SA vs IND: The last hope of saving a whitewash was dismissed with the wicket of Deepak Chahar. The third ODI was a nail-biter of a game between India and South Africa. And it was South Africa, who came out victorious by 4 runs at the end. And the incredible innings of Deepak Chahar went in vain as he scored his second ODI half-century. He made 54 runs off just 34 balls with five fours and two sixes. And India lost the ODI series 3-0. Deepak Chahar got emotional after his team lost by 4 runs. Here’s bbl 2022 schedule and score update.

SA VS IND, 3rd ODI: On Sunday (January 23rd), India took on South Africa for the final match of the tour. After winning the toss, Indian skipper KL Rahul chose to bat first. And again, it was some good batting performances from the South African batters that they were able to post a really good total of 287 runs in their 50 overs. Wicket-keeper batsman Quinton de Kock smashed his 17th ODI century and 6th against India. He managed 124 runs and helped South Africa reach a competitive target.

Chasing the target, India lost their skipper’s wicket cheaply. And after that, Virat and Dhawan anchored the innings, but both of them got out after scoring their half-centuries. The Indian middle-order also struggled against the discipline of the South African bowlers and lost wickets at regular intervals.

At one stage, India were struggling at 223/7 in 42.1 overs, needing 65 runs off 47 balls. But then came the excellent innings by Deepak Chahar, who brought India back to the chase. He played some powerful shots and scored at a rapid pace.

But unfortunately, he got out when India needed 10 runs to win. And soon after, Bumrah got out as well. And the last batsman, Chahal, was unable to do anything, and India lost the match by 4 runs. Deepak Chahar was seen sitting alone near the boundary line and was seen in tears after the loss. And his fiancé, who was cheering him on from the stands, got emotional as well. Read our best cricket match prediction and learn how to predict matches.

“I mean Deepak Chahar has shown in the opportunities he has gotten with us in Sri Lanka and over here well, he has got some really good ability with the bat. We know what he can do with the ball as well. I have seen him at India A as well and I know he can bat really well so certainly gives us a lot more options.”

“It is nice to have people like him and Shardul Thakur as well, who we have seen in the last couple of games, contribute with the bat as well. So, obviously, the more and more players like this who can contribute lower down certainly makes a big difference and gives us more options. So, certainly, we would like to give Deepak more games along with Shardul and a lot of other people who can step up in the course of next year or so and give us depth in the side,”

Check our free betting tips for cricket match. Do check it here.