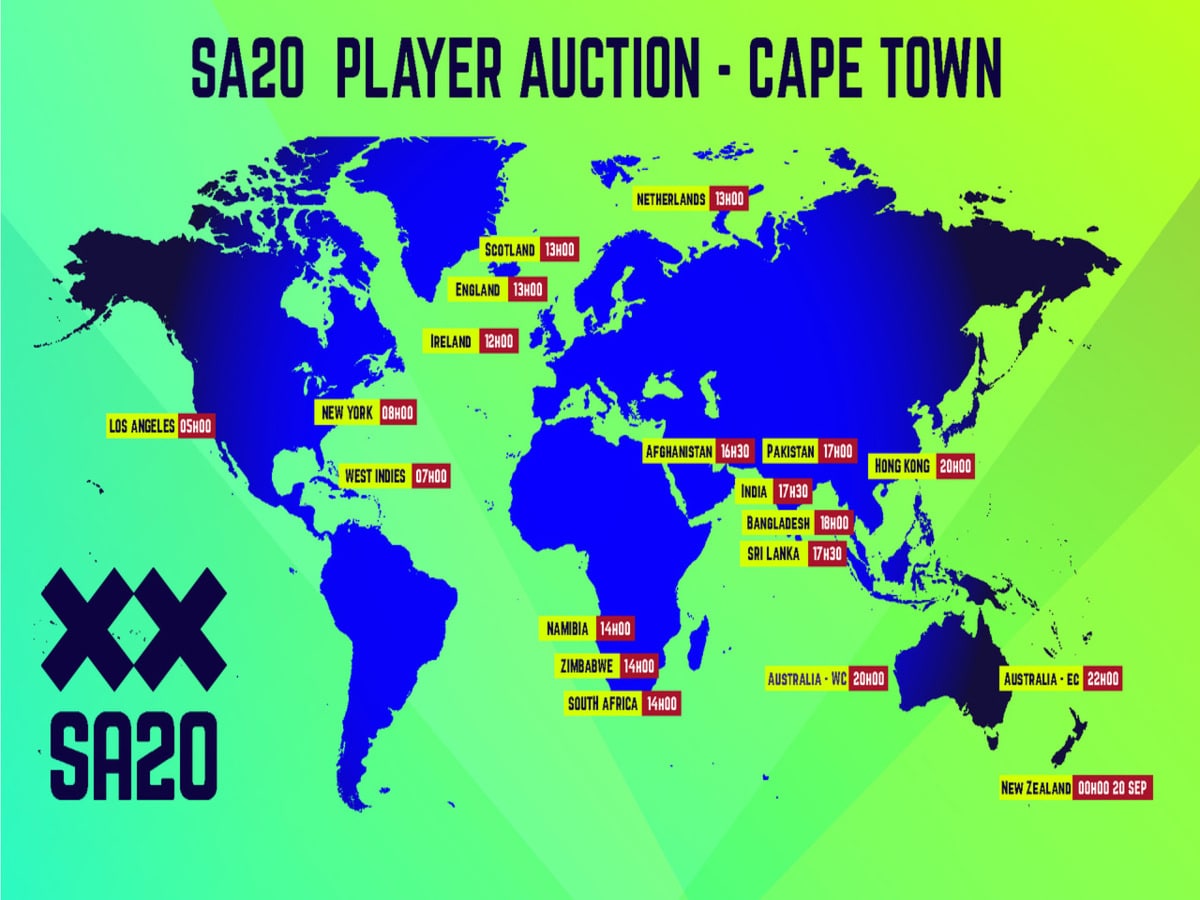 SA20 League: South African cricket board has unveiled the 318 short-listed players for the auction. And there will be eight players featuring in the highest reserve price bracket of ZAR 1,700,000. The names in the premier bracket are Jason Roy, Eoin Morgan, Tymal Mills, Adil Rashid, Jimmy Neesham, Chamika Karunaratne, Odean Smith, and Jayden Seales. There will be mostly England players in the overseas options. Seeking official betting sites in India? Learn how to find the right one for you and explore your sports betting options.

England has 54 representatives in the 158 overseas options in the auction for the franchises. The remaining 160 players are from their home nation, South Africa. Of the 54 English players, 13 players are appearing under the second highest base price. The second highest base price will be ZAR 850,000. Moreover, there will be 11 Sri Lankans, 7 West Indies, 2 Aussies, and 2 Kiwi players. And there is only one player from Ireland in the same bracket.

In the second-tier list, there are ten South African players. These are Rassie van der Dussen, Tabraiz Shamsi, Dwaine Pretorius, Lungisani Ngidi, Janneman Malan, Rilee Rossouw, Temba Bavuma, Reeza Hendricks, Keshav Maharaj, and Andile Phehlukwayo. This league is in its initial stages, and it is meant to rebuild the financial situation of Cricket South Africa.

“We are thrilled with the interest received from the cricket community to be a part of the SA20. The final list of players has an exciting mix of international stars, the class of Proteas players and upcoming talent waiting to make a name for themselves on a global stage. We are looking forward to the auction and seeing how the squads are formed for this exciting first edition of the SA20,”

Remark, the six franchises of this league has already pre-signed four players each. And after these signings, they have around ZAR 34 million in their remaining purses. In the next week, CSA has scheduled the auction. It will take place in Cape Town, on September 19. As quoted above, the new League Commissioner for the CS20 League, Graeme Smith is very excited about the tournament.

The newly incepted league has the potential to change the current scenario of CSA. It will not only boost the economic growth of CSA but also it will provide a platform for the young Proteas players. Young players will be getting the chance to play along with some biggest names in the world of cricket. This league will be commencing the next year. Along with this league, UAE is also going to commence its private league. Hence, there are certain chances that it could affect SA20 League.