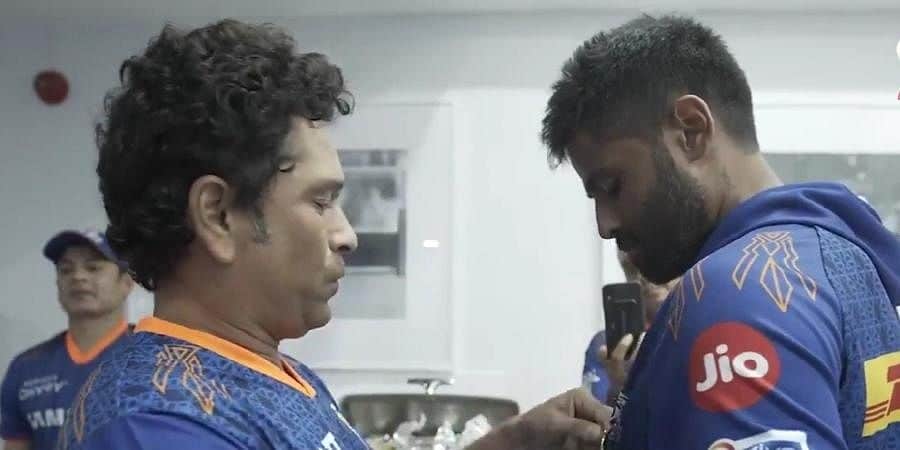 Suryakumar Yadav’s recent performances and his ability to consistently deliver have made him a fan favourite not just of the viewers but of the experts too. Many former players like Gautam Gambhir, Wasim Jaffer, Shoaib Akhtar and others have called Suryakumar Yadav’s team India’s ‘X-Factor’. Now, the God of cricket, Sachin Tendulkar has expressed his admiration and kind words for the batsman.

Sachin called Suryakumar Yadav one of the best T20 batsmen in the world. The legendary player gave a recent interview where he discussed the middle-order batsman, his gameplay and his future with the Indian team. He expressed his satisfaction with the batter’s development. He also said that Suryakumar Yadav has solidified his position on the Indian team. The legendary batsman continued appreciating Yadav and said, “confidence and appreciation” have helped the batsman bloom into such a ferocious player that he is today.

“Very good! I am very pleased to see his growth. He was always a dangerous player. Earlier, he did not have an assured place in the team. Now he doesn’t have to worry about that. He is one of the leading batsmen in the world in this format. I feel he is ready to show something special,” Sachin added.

Furthermore, the 2011 World Cup-winning batsman mentioned about the lack of left-handed options in the team. He said that while it is a problem to have a left-handed batsman, it is not the end of things for Team India. He continued by saying that India has a top-notch hitting lineup with right-handed batters, and the lineup is great for the team. India is getting well acquainted with the pitches and conditions in Australia. They’ve played 2 practice games versus Western Australia and then played their first warm-up game versus Australia. Suryakumar Yadav and KL Rahul scored 50+ runs and India defeated Australia.

Suryakumar Yadav made his debut for India in 2021 after his brilliant IPL stats. He played his first game in the blue jersey versus Sri Lanka. Since then he has played 34 T20Is and scored 1045 runs with a high score of 117. Last year’s T20 World Cup wasn’t great for him as a batsman but this year he would want to turn things around.