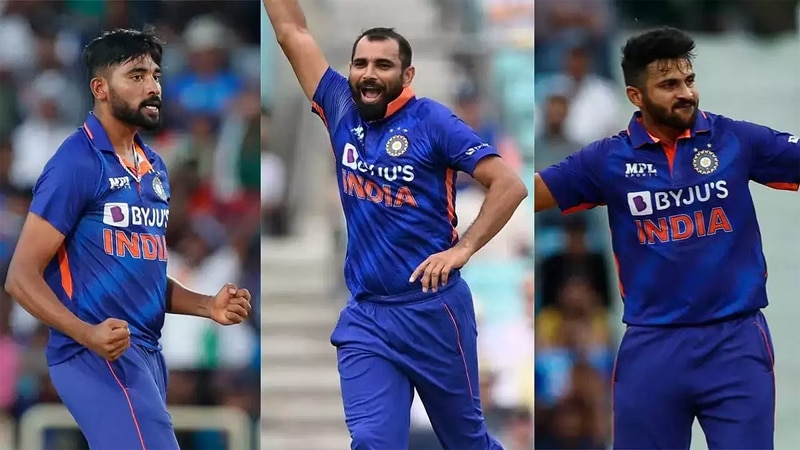 Recently, there have been too many T20 games going around and the ODI format to some extent has lost the charm. Nonetheless, this is the year of the ODI World Cup and teams across the world will bring their A-game to the multinational tournament. India will be hosting the competition and may to a certain extent have the home benefit. The men in blue recently won the series 3-0 against Sri Lanka. However, Salman Butt has a piece of advice for the Indian bowling line-up.

The Indian bowling line-up created havoc in the third game when they dismissed Sri Lanka at 73 runs. This victory will give a major morale boost to the team keeping in mind the ODI World Cup. The bowling line-up right now is not even complete as Ravindra Jadeja and Jasprit Bumrah are yet to get completely fit. India has an extremely powerful lineup of batters, Butt noted. He believed that the Indian bowling lineup must, perhaps, make adjustments to the strategy.

In addition, he emphasized that when choosing a side for an ICC competition, selectors sometimes became perplexed due to the nation’s abundance of talent. “There have been certain selection issues at times. India are spoilt for choice, which results in some confusion. I believe that India should move towards developing a more aggressive mindset, especially in the bowling department. Their batting is already very strong and they just need to change their mindset when it comes to bowling,” he said.

Speaking more in regards to the ODI World Cup apart from the Indian bowling line-up, he also spoke about the Pakistan side. The men in green lost 2-1 to New Zealand. Salman Butt also talked about how no one on the current Pakistani team wants to accept responsibility or address genuine issues if they come out on the losing end. After the squad loses, a lot of Pakistani players write that they will do better the next time, he concluded.

After winning in Pakistan, the blackcaps are in India all set to add another victory in the Asian subcontinent. As preparation for the ODI World Cup, the men in blue will face New Zealand in the 3-match series starting Wednesday. Apart from the Indian bowling line-up, the likes of Subhman Gill, Rohit Sharma, and Virat Kohli have looked great. India has however received a blow as Shreyas Iyer has injured himself and will be unavailable for the series. Rajat Patidar has been called in to replace Iyer.