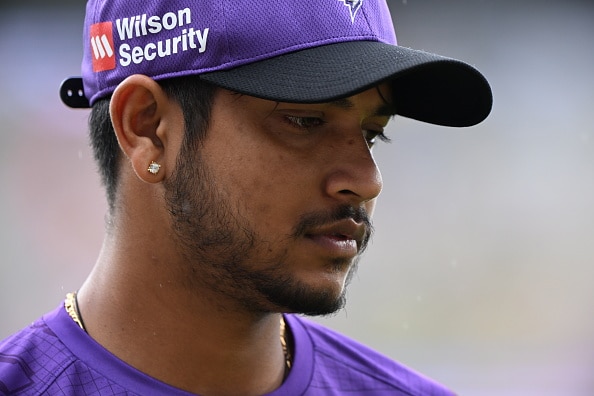 Earlier this month, former Nepal captain Sandeep Lamichhane was accused of raping a minor. The player denied all the allegations and agreed to cooperate with the Nepal police. However, after the accusation, the player was suspended by the board. Additionally, he pulled out from the Caribbean Premier League and has been quiet on the matter. In the recent update on the case, Nepal police have reached out to the International Criminal Police Organization for help. Are you looking for legal betting sites in India on the go? If yes, read more here.

Right after the news broke out, Sandeep Lamichhane had posted an update on his social media. He had called out the allegations baseless. Furthermore, he confirmed that he will soon be back in Nepal to fight the charges against him. He mentioned that the notice had put a strain on his mental as well as physical health. “I have been mentally and physically affected by the portrayal and I have reached a state of imbalance and I have been bringing myself back to a normal state under the advice of doctors. My health is gradually improving, and I am planning to return to Nepal as soon as possible to defend against the false complaint against me,” he said.

Following a plea from the Nepali police, Interpol on Sunday filed a “diffusion” notice for the wanted cricket player calling for member states to assist in tracking him down. “We hope this will help the arrest of Lamichhane for the investigation of a rape complaint case against him,” Nepal police spokesperson said. An FIR was fired by a 17-year-old girl in Kathmandu.

Sandeep Lamichhane gained fame after he became the first player from Nepal to get an IPL contract. In 2018, Delhi Capitals provided him with a 2-year contract. His journey since then has been a steady one. Ever since then he has been playing a lot of franchise cricket across the globe. Some of the teams he has played for include Barbados Tridents, Hobart Hurricanes, Lahore Qalandars, Jamaica Tallawahs, etc. Additionally, Sandeep Lamichhane has so far taken 154 wickets across both ODIs and T20 Internationals for Nepal. He has represented Nepal in 30 ODIs and 44 T20 Internationals. Have your own betting apps in India and become part of a huge community of cricket fans betting on exciting matches with maximum comfort at home.