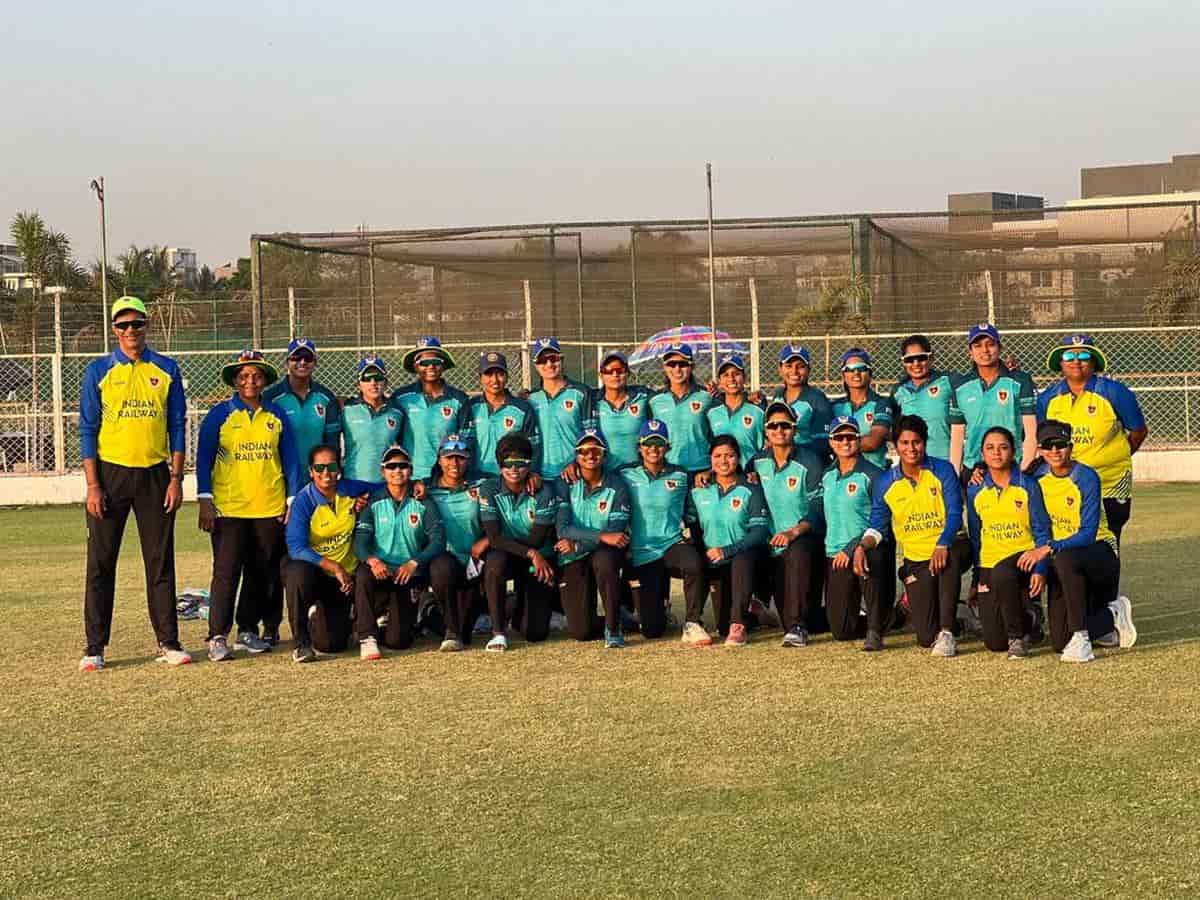 Senior Women’s T20 Trophy: Railways beat Maharashtra by seven wickets to win the senior women’s T20 trophy in Surat on Wednesday. This was despite Maharashtra skipper Smriti Mandhana scoring a knock of 84. Maharashtra chose to bat and rode Mandhana’s 84 off 56 balls to score a daunting 160 for four. Railways chased down the target with 11 balls to spare. Thanks to half-centuries from opener S Meghana (52) and D Hemalatha (65) in reply. For more live cricket betting odds and scheduled matches for the upcoming match, read here.

Mandhana, the left-handed batsman, toyed with the Railways attack. She hammered 11 boundaries and three maximums in a 74-run partnership with opener Shivali Shinde, who contributed a 30-run knock. Even as the other batters struggled, Mandhana anchored the innings. Swagatika Rath, the off-spinner for Railways, was the standout among the bowlers. She returned with figures of 3 for 33, while skipper Sneh Rana took one wicket.

With the score on 161, Railways opener S Meghana thrashed the Maharashtra attack with a 32-ball 52 that included nine boundaries. D Hemalatha, who bowled nine boundaries and two maximums in her one-down innings, took the score to be high. Although she got in the 17th over, the harm was already been done.

Railways chased the target with ease after K Anjali Sarvani (26 not out) and Sneh Rana (6 not out) assured that there were no further problems. The Women’s Senior T20 Trophy seemed like the ideal platform to kick-start something spectacular in the country. Especially with rumors of a possible six-team Women’s IPL circulating. After a poor ICC Women’s Cricket World Cup campaign in 2022, all of India’s top players were expected to play for their respective states. Find more Cricket tips and match guides from the betting experts here on our site for free.

This was supposed to be the most competitive tournament in recent memory. Indeed, there were 17 scores above the mark of 150 in the Senior T20 Trophy before the semi-finals. This includes a score of 232/2 by Nagaland against Arunachal Pradesh. The batters are definitely showing domination in this round of the sport in a way like never before.

Women’s cricket has grown in popularity in the country. With local leagues being in streaming on a variety of apps and every international series receiving appropriate coverage. But the domestic tournaments are still receiving little attention. Of course, the Challenger Trophy and the one-day tournament’s knockout rounds have been aired. But there has been no effort to build on it. The Senior Women’s T20 Trophy, as expected, has been one of the most competitive tournaments thus far.

While some ‘favorites’ faded early, others battled the odds to reach the knockout stages. Despite the fact that the events are not in live coverage. There was clearly a dedicated crowd following every match that the women played. While the official website does not provide ball-by-ball scoring, a few determined fans tried to keep everyone up to date. Here are more legal betting apps for IOS and Android here on our site and learn more about how online betting works.