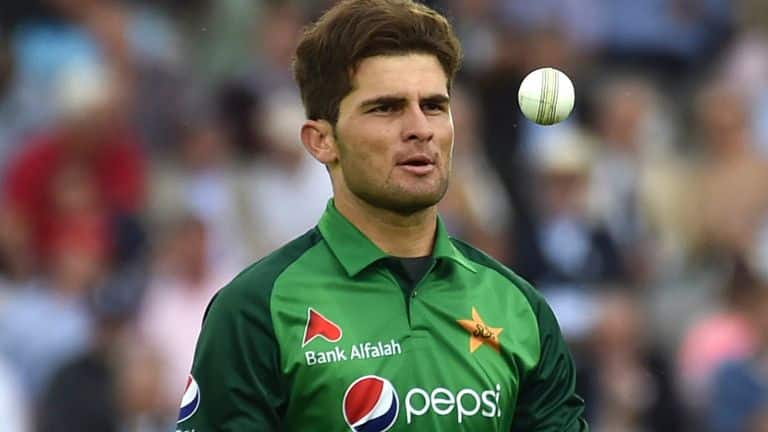 Well rested and almost recovered, the Pakistan cricket team’s triumph card Shaheen Afridi is back. The left-arm speedster who had no choice but to miss the Asia Cup, the 7-match series vs Eng and now the ongoing NZ Tri Series will represent his team in the T20 World Cup. Afridi, in a very subtle way, has alerted all his opponents to be ready to face the pacer. In a recent picture posted by the bowler, fans couldn’t help but notice the caption.

The picture shared on Twitter had a very toned-down warning to the opposition. It stated, “Calm before the storm.” Whilst it is understood that Shaheen is travelling with the team, he is yet to play a game. The management will not want to put the fast bowler’s chances of playing in the T20 World Cup into jeopardy. Afridi became the talk of the town after his heroics in last year’s ICC tournament in Dubai.

Breaking India’s winning streak, Pakistan had defeated India by 10 wickets. It was Pakistan’s first-ever 10-wicket victory in the T20 World Cup as well as otherwise too. In that match, the left-arm pacer completely demolished the Indian opening duo. In the very first over of the game, Shaheen picked up Rohit Sharma on a golden duck and soon KL Rahul followed. Virat Kohli tried to keep the runs coming however lack of support from the other side made it difficult. The fast bowler also went on to pick up the crucial wicket of Kohli and thus was rewarded man of the match.

Shaheen Afridi’s absence has given Pakistan bowling lineup a difficult time. He played his last T20I in April versus Australia. Despite being available or fit, it will take him a little while to get into the groove after a long hiatus. Pakistan looks like a great team on paper and with the Australian conditions supporting the bowlers, Naseem, Dahani, Hasnain, and Shaheen can prove to be lethal in the T20 World Cup.

Pakistan is currently in New Zealand playing the tri-series. The team already has a lead after defeating Bangladesh by 21 runs in the first match. Their second encounter is with the hosts New Zealand on Saturday (October 8) and the final match of the tri-series will be on 14th October after which the team will leave for Australia.