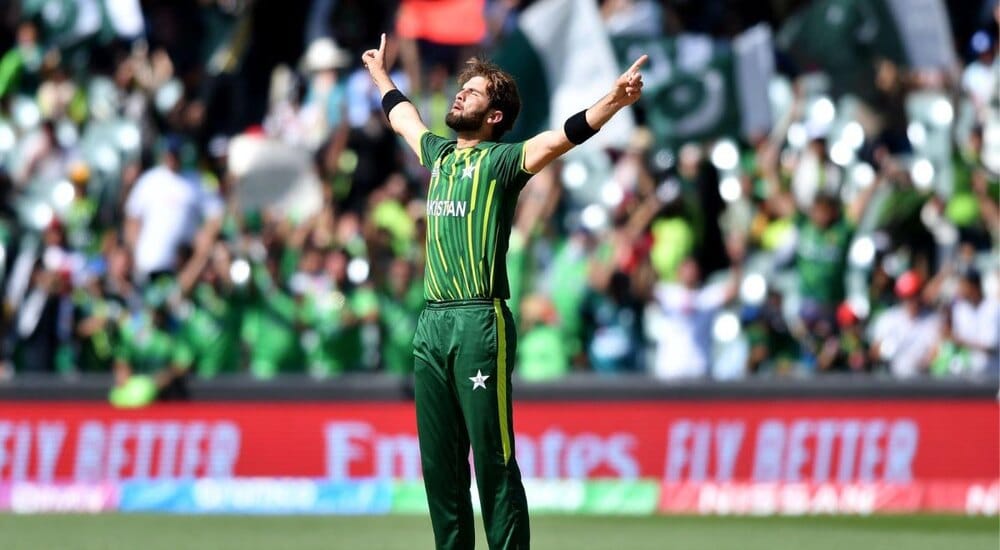 The Pakistan Cricket Board (PCB) on Monday, November 14, provided an official update regarding the injury concern of Pakistan’s premier fast bowler Shaheen Shah Afridi, who walked off injured during the ICC Men’s T20 World Cup 2022 final against England at the Melbourne Cricket Ground on Sunday, November 13.

Since the night of the T20 World Cup final, there was speculation that Afridi could face months on the sidelines due to injury after some people claimed that his knee had been put into a brace, suggesting that he could be out for months and could also miss out on the next year’s right edition of the Pakistan Super League (PSL). However, the board has given a huge sigh of relief to the pacer and his fans all around the globe. Afridi injured himself while fielding at the long-off position. He held onto the catch to dismiss Harry Brook but was forced off the field, and though he did return, the 22-year-old managed just one delivery before having to make way again.

In a statement released by PCB on Monday, it states that prior to the team’s departure from Australia, Afridi was taken to the hospital for a series of scans on his right knee. The results were discussed between PCB’s Chief Medical Officer Dr. Najeebullah Soomro and Australian knee specialist Dr Peter D’Alessandro.  To Shaheen’s luck, the scans confirmed that there were no signs that the left-arm fast bowler had suffered an injury. However, the statement did add that Afridi continues to feel some sort of discomfort in the knee due to which he left the field.

Afridi has been battling with injuries this year. His return to international cricket will be subject to the fast bowler’s successful completion of the rehabilitation program and following a go-ahead by the medical staff.

It is expected that as soon as he arrives in Pakistan from Australia, Afridi will head to the National High-Performance Center for the rehabilitation and conditioning program designed to strengthen his knee at the earliest. The medical staff and other officials will monitor him and help him recover quickly. As far as his return to international cricket is concerned, it will be subject to the fast bowler’s successful completion of the rehabilitation program and following a go-ahead by the medical staff. Pakistan team and fans would be hoping that Shaheen will recover before the expected time and attain full fitness as he is Pakistan’s leader of the pace attack and an important member of the playing eleven.