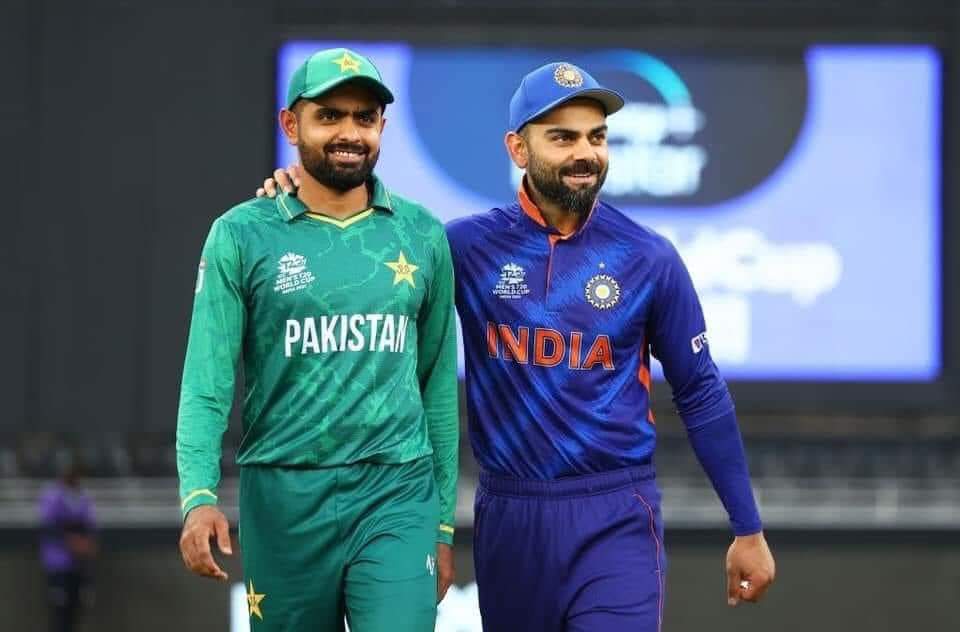 Taking to his official Twitter handle on Thursday (July 14), Azam shared a picture of himself with Kohli and wrote: “This too shall pass. Stay strong. #ViratKohli.” And, his tweet earned a lot of praise from everyone on social media as well. Meanwhile, former India all-rounder Irfan Pathan also praised him, replying: “You will be remembered for this.”

However, sharing his thoughts on Babar Azam’s supporting tweet for Virat Kohli, Afridi told Sports Central: “Be it cricket or any other sport, it improves relations (between countries). Athletes can do a much better job at it than politicians and a number of them are doing the same. Babar has given across a very good message. I don’t know if there has been a response from the other side. I think Virat should have responded by now. It would be a very big thing if there is a response to Babar’s tweet, but I don’t think that is going to happen.”

Meanwhile, Virat Kohli was dismissed for 16 in the second ODI of the three-match ODI series against England at Lord’s on Thursday (July 14). While chasing 247, India were all out for 146 as the hosts equalled the three-match series 1-1. The deciding ODI will take place at Old Trafford on Sunday, July 17.

On the other hand, at a press conference prior to Pakistan’s first Test against Sri Lanka in Galle, Babar Azam opined on his support for Virat Kohli.

He said: “As a player myself, I know you can go through such a phase and I also know what a player goes through in such a phase. In those times, you need support. I just tweeted thinking that it will give just some support. He is one of the best players. He is playing a lot of cricket and he knows how to come out of these situations. It takes time, if you back players, it will be really good.”

Meanwhile, Virat Kohli has been rested for India’s upcoming tour of the West Indies, which will be featured three ODIs and five T20Is as well. Bet using our best real money betting apps in India that can be downloaded here or in the Apple store and the Playstore, enjoy betting just at home!