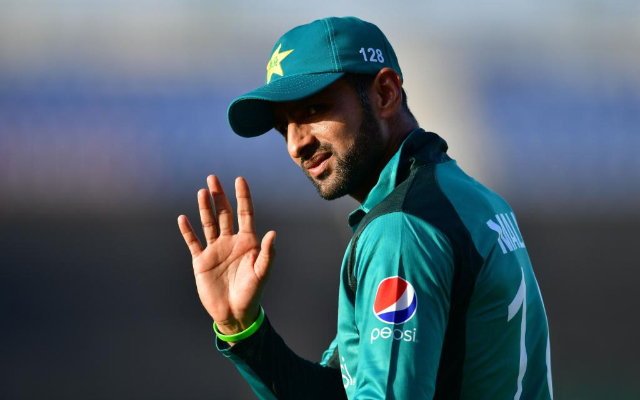 Pakistan all-rounder Shoaib Malik has been called into the Pakistan squad for the T20 World Cup as a replacement for Sohaib Maqsood who has been ruled out of the showpiece event due to a back injury. Malik is a veteran in this format of the game and is Pakistan’s second-highest run-scorer with 2335 runs in 116 T20Is. He is more than handy with the ball as well and has taken 28 T20I wickets. Here’s our latest cricket tips and tricks from us.

Earlier, on Friday, Pakistan named an updated squad for the T20 World Cup and added Fakhar Zaman, Sarfaraz Ahmed and Haider Ali to the squad. However, Malik was not considered which left many baffled. Many experts had called for the inclusion of Malik in the team owing to the immense experience he brings to the table.

Meanwhile, Maqsood suffered a back injury in the National T20 Cup which saw him miss Southern Punjab’s match against Central Punjab. The right-hand batter was drafted into the Pakistan squad for the England tour owing to fine performances in the PSL 6. PCB see Maqsood as a player for the future thus selected him in the T20 World Cup squad. Unfortunately, he will have to wait for another year before donning the Pakistan jersey in the World Cup.

Meanwhile, the World Cup bound Pakistan players are currently staying at a special bio-bubble hotel in Lahore. The contingent will leave for UAE on October 15. The Men in Green open their campaign against India on October 24. The team will play two warm-up games against West Indies and South Africa ahead of the marquee clash.