Home » News » SL vs AUS: Cricket Has Been a Silver Lining for Sri Lankan People Amid the Crisis

SL vs AUS: Cricket Has Been a Silver Lining for Sri Lankan People Amid the Crisis 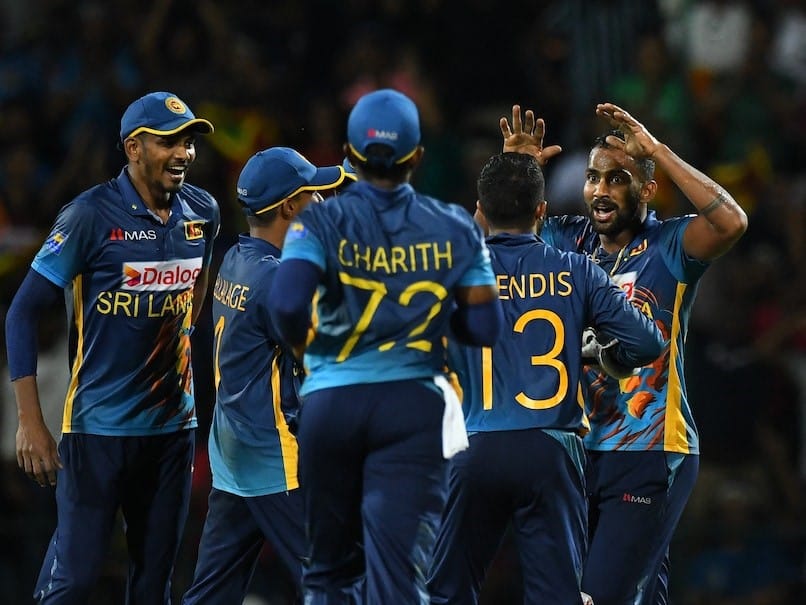 SL vs AUS: Sri Lanka is experiencing its worst economic crisis since its independence from the United Kingdom in 1948. The crisis was caused by shrinking foreign currency reserves and government mismanagement. Food, medicine, cooking gas, toilet paper, fuel, and other essential goods are in short supply due to the economic crisis. Looking for new betting sites in India? We got you covered! Here, we also bring you betting site reviews that are primed to offer a rewarding and safe wagering experience.

Amidst the crisis, cricket has been a silver lining for the nation. The Australian Cricket team has bought some joy to the crisis-hit Sri Lanka. The public was hoping that the Australian cricket tour will bring attention to their economic plight. Australia are here on a month half-long tour, comprising of 3 T20Is, followed by 5 ODIs and 2 Test series.

On Thursday, the Sri Lanka Cricket team bought back the smile among the people. They made the world sit and watch their fighting spirit against the mighty Australians in the 2nd ODI at Pallekele. Tears of happiness stream rolled from the eyes of every spectator. It was an emotional moment for the Islanders.

The wicket was a bit tacky and slow but 216 in 43 overs wasn’t going to bother the Australians after they chased 282 in just 42.5 overs in the 1st ODI. Australia did lose the openers early but there was enough gas in the tank. The Aussies appeared to be cruising at one point in their chase, and choking them here is quite an accomplishment, despite Sri Lanka missing their star bowler.

SL vs AUS: Sri Lanka had not one but two unsung heroes

Sri Lanka had to wait for a long time to display its true potential with the ball. The inspiration came from Dunith Wellalage, playing only his second ODI, and fast bowler Chamika Karunaratne. Dhananjaya de Silva who replaced the injured Wanindu Hasaranga also played his part after he removed the Australian openers in quick succession. Smith and Travis Head tried to rebuild the innings, scoring 31 runs before Karunaratne opened the flood gates.

Karunaratne dismissed Smith for 28 and Wellage’s wicket of Travis Head (23) and Marnus Labuschagne (18) put the visitors in a deep hole. But as always Glenn Maxwell was standing in between Sri Lanka and victory as he was in the first ODI. Sri Lanka gave Australia a huge scare in the first ODI but Maxwell’s blazing knock blew the Sri Lankans away. Read our cricket tips and guides, written by cricket betting experts, to find the right betting app for your situation.

He was threatening to take the game away for the second successive game but Karunaratne managed to induce a false shot off Maxwell. He was out for 30 of 25. They were ably supported by Dushmanta Chameera who gave away just 19 runs in six overs and polished the tail. When Chameera knocked off Matthew Kuhnemann it was pandemonium in the entire stadium. It is the lowest ever score defended at this venue.

SL vs AUS: It’s no secret that their cricket team is still a long way from its former glory. But it’s the fight they put on tonight that the spectators had come to witness. After Australia thrashed Sri Lanka by 10 wickets in the first T20I, it appeared that the visitors will dominate the entire limited-overs series. But Sri Lanka’s spirited performance in the second T20I ignited the belief that they can win against Australia.

Sri Lanka were defending only 124 in the second T20I but they made Australia sweat for every run. Hasaranga almost inspired Sri Lanka to a stunning victory in the 1st ODI, had no answer to Maxwell’s onslaught who single-handedly took the game away from the hosts. There was no Hasaranga on Thursday but Sri Lanka bowlers clicked in unison to induce a late order collapse as they took the second ODI by 26 runs and level the series 1-1. This kind of win can bind a team together and Sri Lanka can now be a much more dangerous team leading up to the final three ODIs. Read 10cric reviews here and learn more about how online betting works with this app. Try it out now!