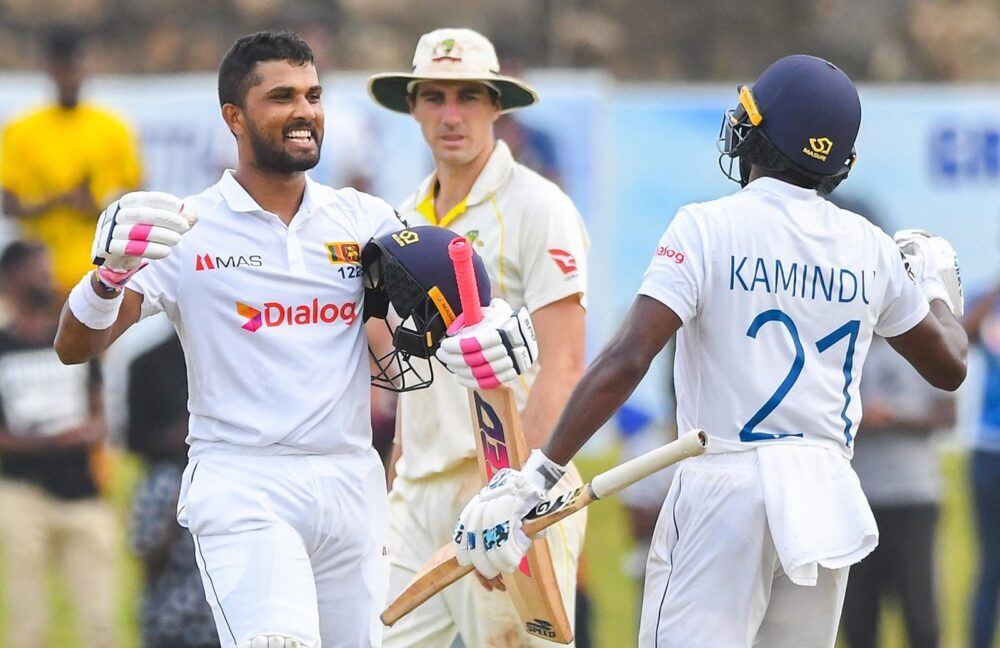 SL vs AUS: Sri Lanka has done something extraordinary to end the Australian series with a scoreline of 1-1. The hosts had completely turned the tables on the fourth day, trashing the world’s top-ranked test team by an innings and 39 runs in the second test match at Galle International Stadium. With this win, Sri Lanka has leveled the series at 1-1. It was mainly due to an incredible knock from the veteran Sri Lankan batter, Dinesh Chandimal. Here are the top 10 betting sites in India that you can open on your mobile devices and enjoy competitive odds and all the features you can expect from a mobile betting site.

He has registered his name in the record book and was one of the prime reasons for Sri Lanka’s win. Leading the two-match series 1-0, Australia chose to bat first after winning the toss. They had a decent start and, with two big knocks, they posted 364 runs in their first innings. Marnus Labuschagne made 104 runs, and former Australia captain Steve Smith finished unbeaten on 145*. Debutant Prabath Jayasuriya picked up 6/118 in the first innings.

SL vs AUS: Dinesh Chandimal reached his double hundred with a six – Watch

In reply, Sri Lanka had a dream start and four batters crossed the 50-run mark. Kusal Mendis and skipper Dimuth Karunaratne scored 85 and 86 runs respectively. On the other hand, Angelo Mathews and Kamindu Mendis made 52 and 61 runs respectively. But the real match-changing innings came from the bat of Chandimal, who scored his maiden century. He carried his bat through the innings and scored an unbeaten 206* off 326 balls, with 16 fours and five sixes.

The 32-year-old broke the record of the former Sri Lankan skipper of making the highest score by a Sri Lankan batter against Australia. The previous record was 192 runs, which was set in November 2007 in Hobart. The hosts finished their innings at 554 and took a massive lead of 190 runs.

Trailing by 190 runs, Australia had a steady start. Both David Warner and Usman Khawaja added 49 runs for the first wicket. It was Ramesh Mendis who broke the partnership. But once it was broken, Australia lost all the momentum and got all out for just 151 runs. They lost the match by an innings and 39 runs as a result of this.