SL VS AUS: Lankan Team Made A Massive Record by Defeating Australia 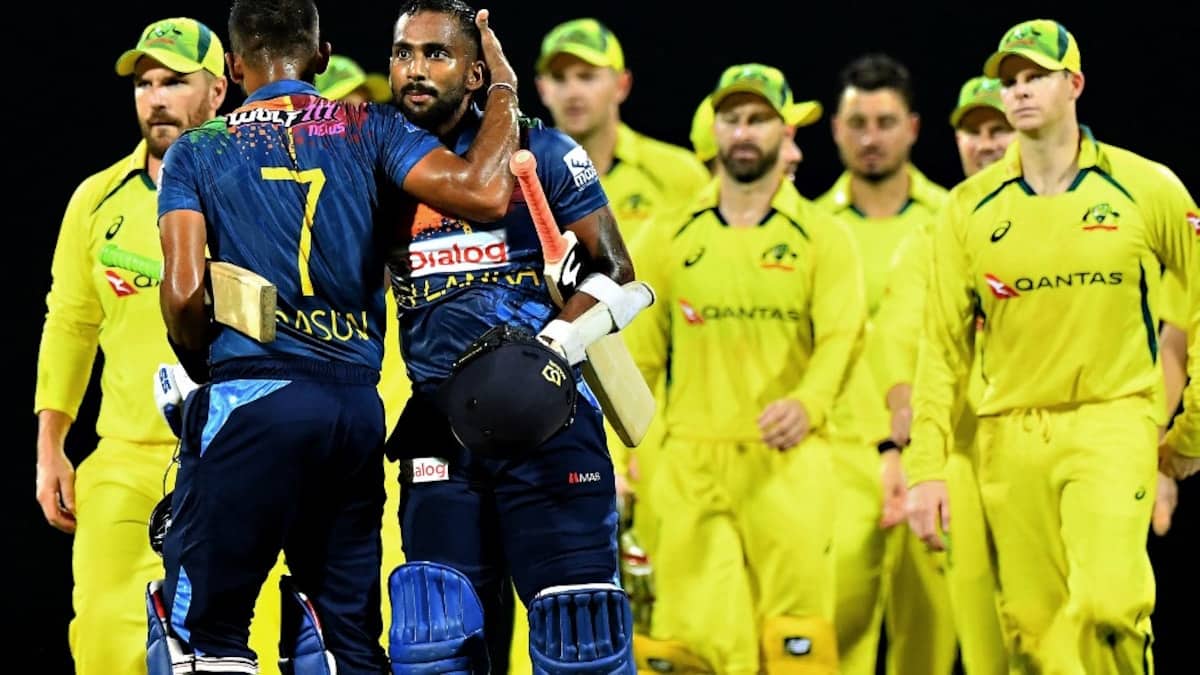 SL VS AUS: The Sri Lankan team finally manages to defeat the visitors in the three-match T20I series against Australia. They had lost the initial two games for that they had already lost the series. But in the last match, they bounced back and defeated the visitors in a thrilling match. Sri Lanka ended the series with a four-wicket win at Pallekele on Saturday. With this victory, they will have the spirit to stand against Australia in the heading ODI series. Looking for trusted betting sites in India? We got you covered! Here, we also bring you betting site reviews that are primed to offer a rewarding and safe wagering experience.

It will be a five-match ODI series that will be commencing on 14th June. Talking about the third match, after winning the toss Australians opted to bat and set a big target for the struggling Sri Lankan team. It was a batting-friendly pitch that helps Aussie batters to put a big score on the board. Almost every batter had contributed their bat and that helped Australia to make a 177 target for the Lankan team. David Warner and Aaron Finch once again gave a stable start with their 43-run partnership.

And in the middle overs, Sri Lankan bowlers scalped three consecutive wickets. After the dismissal of openers, Marcus Stoinis and Steve Smith take the charge and formed a good partnership. It was a crucial partnership for the Australian team that reached 176 total scores. The pitch did seem to help the Sri Lankan bowlers as only Mahesh Theekshana, Hasaranga, and Praveen Jayawickrama had managed to pick the wickets. In these names, Theekshana had emerged as the best bowler for his wicket haul with an economy rate of 6.25.

SL VS AUS: Record-Breaking Performance from Home Side

In the run chase, the home side was struggling in the early overs and that resulted in a peak in the required run rate. Although the top order contributed with their double-digit score their slow strike rate had made difficulties for the middle and down order batters. And the pressure high required run rate had cost Sri Lanka six wickets loss in just 108 overs when 4.2 overs were remaining. For more cricket betting odds and scheduled matches for the 2022 season, read here.

At the skipper, Dasun Shanka had taken the charge and played a destructive inning of unbeaten 54 runs in just 25 balls. Although he had a slow start when he was at just six runs in 12 balls but then charged Josh Hazelwood with 21 runs. It was the 18th over when Shanka smashed him two sixes and two fours and collected 18 runs from his over. Continuing the hitting Shakna and Chamika Karunaratne smashed more than 18 runs in the next over.