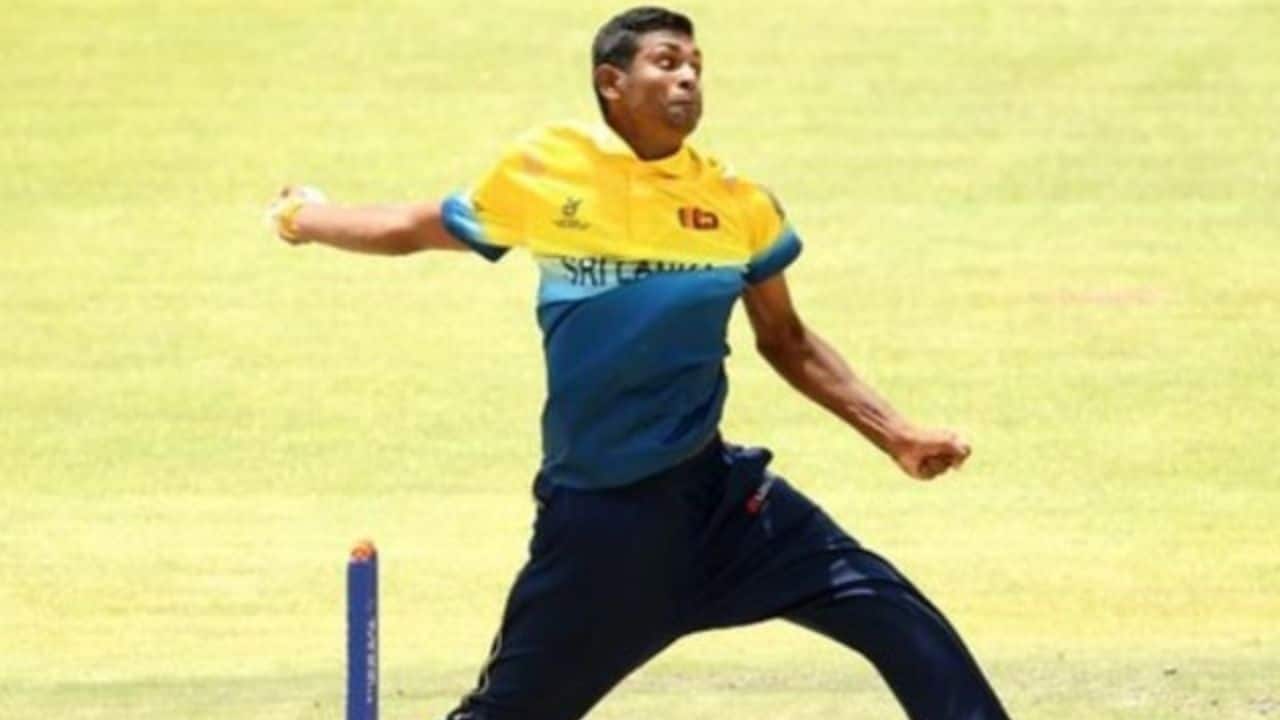 SL VS AUS: Due to injuries sustained while training, pacers Kasun Rajitha and Matheesha Pathirana have been ruled out of Sri Lanka Cricket’s last T20I against Australia at the Pallekele International Cricket Stadium on Saturday evening. Both Rajitha and Pathirana were absent from playing the three-match T20I series, which Australia won with a commanding 2-0 lead. Bet online by checking more new betting sites in India for the upcoming match here on our site

Said the SLC through its official social media accounts

Kasun Rajitha’s Career And Replacement For The Series

Kasun Rajitha made his Twenty20 International (T20I) debut for Sri Lanka against India on February 9, 2016. He was picked to Sri Lanka’s Test squad for the West Indies series in May 2018. He made his Test debut for Sri Lanka against the West Indies on June 14, 2018. Kasun Rajitha was picked to Sri Lanka’s One Day International (ODI) team for the South Africa series in July 2018.

He made his ODI debut for Sri Lanka against South Africa on August 1, 2018. Sri Lanka will have to bounce back against a powerful Australian side that appears to be hitting all of the right notes with their lineup at the moment.

Asitha Fernando and Pramod Madushan will replace Rajitha and Pathirana in Sri Lanka’s team for the last T20I against Australia. Which is virtually a dead rubber, according to SLC. On Wednesday, Australia won the second T20I by three wickets. Taking an unassailable 2-0 lead in the three-match series despite an explosive session from rising leg-spinner Wanindu Hasaranga (4/33). Learn how to bet on cricket at top rated, real money, trusted betting sites in India offering competitive cricket betting odds on teams online.

For maintaining a slow over-rate during the match, Sri Lanka is also in a penalty for 40% of their match money. After the pace combo of Jhye Richardson (3/26) and Kane Richardson (4/30) held Sri Lanka to 124/9 in 20 overs. Australia’s experienced wicketkeeper Matthew Wade (26 not out) withstood the great pressure of batting with the tail to secure victory with 13 balls to spare.

Sri Lanka and Australia will play five one-day internationals (ODIs) commencing on June 14 and ending on June 24 after the T20I series concludes. For both teams, the One-Day International series is essential. Since it will determine their qualifying for the 2023 World Cup, which will take place in India. The third and final T20I will take place in Kandy on June 11th at 7 p.m. IST. Australia is 2-0 up in the three-match T20I series and is aiming for a clean sweep.

Sri Lanka will strive to save face by winning the last T20 at a tough moment for the country. Which is currently experiencing civil upheaval. The hosts got off to a fantastic start in the first T20I, reaching 100/1 before being reduced to 128/10 after losing nine wickets in 28 runs. Sri Lanka will want to avoid the blunders they’ve made so far in the series, both with the bat and with the ball. Read our cricket tips and guides, written by cricket betting experts, to find the right betting app for your situation.