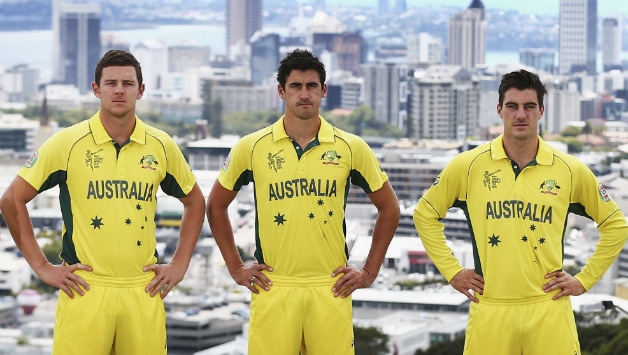 Pat Cummins, Josh Hazlewood, and Mitchell Starc. You won’t come across a better pace trio in Test cricket across conditions. But when it comes to T20 cricket, are the “Big Three” Australia’s best fast-bowling combination? Starc is an absolute shoo-in for the Australian team with his high pace, early swing, and deadly yorkers. Hazlewood has shown considerable improvement in his T20 numbers but questions still remain over his reliability. Cummins meanwhile is yet to stamp his authority on the shortest format of the game. Bet online by checking more trusted betting sites in India for the upcoming match here on our site.

Starc would walk into most T20 teams because of the package he provides. He can be effective in any phase of the game – be it Powerplay wickets, middle-overs breakthroughs, or economical death bowling. Add to all this his left-arm angle, and no one comes even close to replacing him in the world, except Shaheen Afridi. He has an economy of 7.55 and an average of 23.14 in T20 Internationals, which makes him undroppable.

After impressive performances in the Big Bash in the initial stages of his career, Hazlewood interestingly did not play a T20 game from March 2016 to January 2020 – a time when he made himself a permanent member of the Test team. Since then, he has won the Big Bash, the IPL, and the T20 World Cup. While there have been sensational spells in between, he has a tendency to go for big runs when he is having an off day. He clearly needs to work on his death-bowling skills if he has to partner with Starc in that phase of the game. One thing that stands out in his limited T20 career is his ability to pick up early wickets with Test-match lengths.

He may be the number one Test bowler but Cummins has failed to have the same impact in T20s. Neither does he pose a wicket-taking threat to the opposition nor can he bowl economic spells across different phases. He does not have a lot of variety in his bowling. Consistent line and length, Cummins’ biggest weapon in Test cricket, works against him in T20s as he is very predictable with his deliveries. Across the last three IPL seasons, his record stands at 28 wickets in 27 matches at a high economy rate. He also had an ordinary T20 World Cup last year. It is true that he has the ability to hit the ball big, but he needs to be more consistent with the bat in order to cover up his bowling woes. Browse the latest cricket betting odds on a wide range of markets and learn how betting odds work and give you the best cricket rates online.

Kane Richardson seems to have been Australia’s backup pacer for ages. His T20 record is commendable with 185 wickets in 144 games at under eight runs per over. He has a number of variations in his arsenal and excels in the latter half of the innings. If Australia needs someone to partner Starc at the death, they need not look beyond Richardson.

BBL 2020/21’s leading wicket-taker Jhye Richardson is another new-ball option for Australia. He has an average T20I record with 18 wickets at an economy of 8.23. He remains a work in progress, especially in the death overs.

Sean Abbott has risen to prominence with eye-catching performances for Sydney Sixers in the Big Bash. He has the ability to bowl in all the phases of the game but remains untested at the international level. Past these, Australia are looking at bowlers like Andrew Tye, Nathan Coulter-Nile, and Scott Boland.

In my opinion, Australia’s best bowling combination is Starc, Hazlewood, and Kane Richardson to partner with Adam Zampa and the all-rounders. This means that Starc will have to bat at number eight and I do not see much problem with that. You cannot rely on Cummins to win you games from number eight. It is wiser to pick your best bowling combination with Starc bowling across phases, supported by Hazlewood at the start and Kane Richardson at the end. Read our free betting tips and guides, written by cricket betting experts, to find the right betting app for your situation.