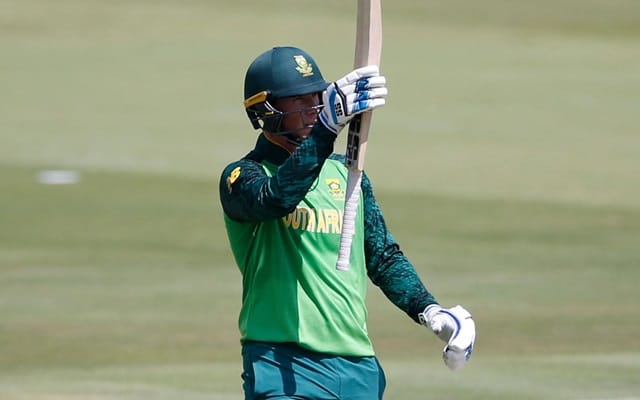 South Africa were dealt with a huge blow before the ongoing third and final ODI against Pakistan as their in-form batsman Rassie van der Dussen with an injury. The series is currently locked at 1-1 with both teams fighting to win the series in Centurion. The news of RVD’s injury was only revealed just before the toss by the Cricket South Africa (CSA) and it led to Kyle Verreynne getting a game. Here’s our parimatch india review and get some free tips from us.

He was the leading run-getter for the Proteas in the series with scores of 123* and 60 in the two matches. With the hosts missing five of their top players, Quinton de Kock, Anrich Nortje, Kagiso Rabada, David Miller, and Lungi Ngidi, to the IPL, Rassie van der Dussen’s injury must have come as a major shock.

Coming back to the batsman’s injury, he suffered a grade one left quadriceps muscle strain. Moreover, he is doubtful for the upcoming four-match T20I series too. “The Proteas medical team will evaluate and assess his progress as the T20 series approaches and make a final call on his participation in due course,” CSA’s statement read just before the toss of the third ODI.

South Africa won the toss and opted to field

As far as the ongoing 3rd ODI is concerned, South Africa skipper Temba Bavuma won the toss and opted to field. The hosts included Daryn Dupallivon in the line-up. Pakistan also made a couple of changes including Mohammad Nawaz and Sarfaraz Ahmed in place of Shadab Khan and Asif Ali respectively.

Irrespective of the result in the final ODI, the Proteas will be hoping that Rassie van der Dussen gets fit in time for the T20I series starting from April 10.  Take a look our cricket betting tips free in all live matches with free tips.