Southampton finalized as the venue for the World Test Championship final 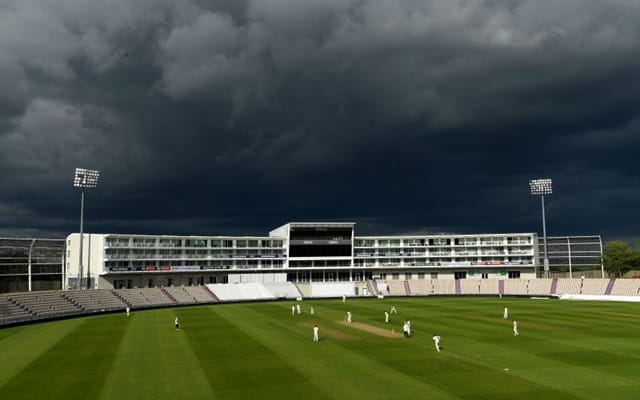 The International Cricket Council (ICC) had finalized the iconic Lord’s stadium in England for hosting the final of the inaugural edition of the World Test Championship (WTC) from June 18 to June 22, 2021. However, since the past few days, there were speculations regarding the shift in the venue given the increasing number of coronavirus cases.

While the official statement from the ICC regarding the whole issue is awaited, the former Indian captain and the president of the Board of Control for Cricket in India (BCCI), Sourav Ganguly confirmed that India will lock horns against New Zealand in the final at Southampton. The Men in Blue had qualified for the final after comprehensively beating England by 3-1 in the four-match Test series. See more about our comeon betting review here in our website.

“I’m looking forward to attending the World Test Championship final between India and New Zealand in Southampton. Yeah, it is in Southampton. It was decided a long time ago. Due to COVID and they [in Southampton] have the hotel absolutely close. When England resumed play after COVID, they had a lot of matches in Southampton due to the same reason,” Ganguly said on India Today.

ICC ODI World Cup is considered the most prolific cricket tournament. When asked if WTC has managed to gain the same stature as the ODI World Cup, the former captain said, “Every trophy has its own value. The 50-over World Cup is an amazing spectacle. It (WTC) was a bit complicated this time because of the pandemic. We will see when every team has played an equal number of games.”

Further in the interaction, Sourav Ganguly lauded India for their tremendous win against England and congratulated the whole team for making their way to the final of the elite tournament. He also heaped praises on the players for showing their determination towards the game by surviving for about six months in a bio-bubble without any real break. Check this honey singh cricket tips. Read more to get more free tips from us.

“Massive achievements given what the players have gone through. Right from the IPL in September to early March and they are not finished yet. A good 6 months in bio-bubbles and what they have achieved is fantastic.

“Looking forward to the WTC final and I hope we get past New Zealand. Congratulate Rahane, Kohli, everyone involved. The way Pant won India the Brisbane game was excellent,” Ganguly concluded.