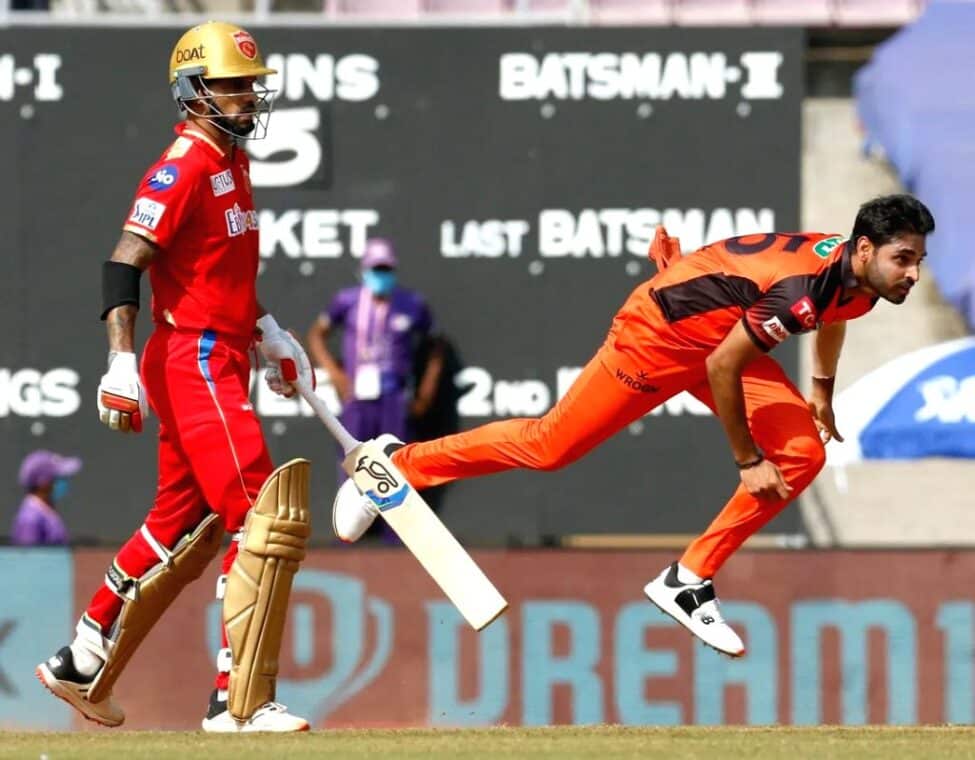 SRH vs PBKS Match Prediction: After a long wait of two months, the TATA IPL 2022 has reached its conclusion. Here we are with the 70th and last match of the 15th edition of the Indian Premier League. Two teams that have been through ups and downs will face off to finish their respect campaign. Both teams will look to get a win and finish off on a high note.

Sunrisers Hyderabad will lock horns with the Punjab Kings at the Wankhede Stadium on Sunday. The match will kick off in the evening at 7:30 pm. These two teams have already been eliminated from the competition, so the result will not affect anything much. That is the reason both teams will play freely.

The Orange Army made a grand start in the first half of the competition. They won five matches out of their first seven games. But then they played a totally poor game. That resulted in five back-to-back defeats that kicked them out of the tournament. And now, even after having 12 points, they will not be able to reach the playoffs even after winning the next game against PBKS.

They are coming off a fantastic win over MI in the last game that went to the wire. But the concern for them is that skipper Kane Williamson has left the IPL bio-bubble and flown back to New Zealand. So it will be interesting to see who will lead the team in this game.

Punjab Kings have had a totally mixed season, but they haven’t won two consecutive matches so far. That was the reason that their inconsistency had thrown them out of the competition. On top of that, they lost their do-or-die game against DC in their last match. And now they are out of the playoff race. After having so many match-winners in the team, the struggle is hard to swallow. Are you looking for the most trusted real money IPL betting apps on the go? If yes, read more here.

But that is the competitiveness of the IPL. But now, with nothing left and this being the only game, we can expect some fireworks from the Punjab Kings. They will surely come out all guns blazing against SRH. However, they lost the last match to SRH so they will have a score to settle for this season.

Both teams have played 18 matches so far in the IPL’s history. Overall, it is a complete dominance of Sunrisers Hyderabad over PBKS. SRH has won 13 matches and PBKS has just 5 wins under their belt. This season, as well, SRH won the match by 7 wickets.

SRH vs PBKS: Players to watch out for

Rahul Tripathi is the best batter at No. 3 in this IPL. He has scored the most runs at the highest strike rate. He also scored 76 runs in the last match against MI to win “Man of the Match”. Rahul has scored 393 runs at an explosive straight rate of 161.72 this season.

Umran Malik doesn’t only bowl with speed, but he also bowls accurately. That is the reason he is sitting in the fourth place as the highest wicket-taker in this competition. So far, he has taken 21 wickets at a bowling strike rate of 13.4, including one five-wicket haul.

Jonny Bairstow will enter the match to break all the records, just as Moeen Ali did yesterday. He is up against his old franchise, so that will give him an extra motivation. So far, Bairstow has scored 230 runs at a strike rate of 143.75.

Kagiso Rabada will want to end the season with an impact. He is currently the third best bowler in the competition with 22 wickets. So he would like to add a few more to his tally. Rabada has picked up 22 wickets with a decent economy of 8.36. Free live betting tips and match guides from professional betting tipsters here on our site.

Both teams are already out of the tournament but would like to sign off with a win. However, only one can win. PBKS’s batting is strong, so that will give them an extra edge over the Sunrisers. So we will back Punjab Kings to win match no. 70.