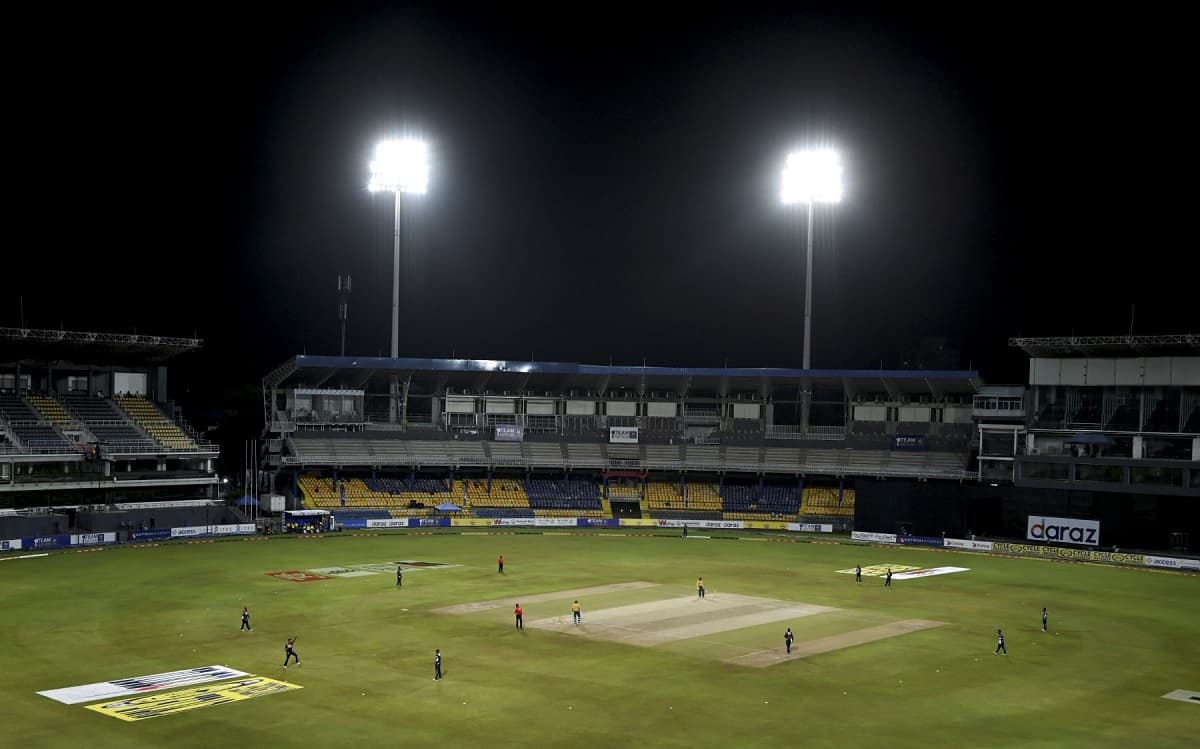 Sri Lanka Cricket: During the ongoing Major Clubs T20 tournament, two Sri Lankan clubs have come together to set a new record for the lowest total in a tied game in representative men’s T20 cricket. In a rain-shortened six-overs-a-side game. Kalutara Town Club (KTC) and Galle Cricket Club (GCC) both completed with identical totals of 30 for 9 to achieve the feat. Discover more trusted betting sites in India that are top-rated in the market and it has an amazing live betting platform. Have fun at home!

Only two of the game’s 12 overs failed to produce a wicket. And the match average of 3.33 is the lowest of any T20 contest that has lasted longer than 10 overs. On what was a typical spin-friendly Sri Lankan domestic surface. The majority of the wickets (15) were taken by left-arm spinners. While the four run-outs and two stumpings correctly depicted a hectic game of cricket.

Inshaka Siriwardena of KTC claimed the game’s and his best statistics of 5 for 5 in two overs. Including a four-wicket over. With the haul, he moves to the top of the tournament’s wicket-takers leaderboard.

Position of GCC And KTC

Kawsitha Kodithuwakku of Galle, on the other hand, was the only batter from either side to reach double figures, with 12. The result, however, has little bearing on either team’s chances of qualifying for the tournament’s semi-finals. Which are decided by the group leaders from four groups of six or seven teams.

After this result, KTC is one point off the bottom of the group. While GCC is third, three points behind the top, with only one game remaining. Only in the knockout rounds will a Super Over be played if there is a tie. This is according to the tournament’s rules. If you want to see more free betting tips and match guides from our experts then head to the main betting tips page to help you find your best bet of the day.

Buildup For The Lanka Premier League

The game between KTC and GCC was one of 32 that were rescheduled after a series of games were canceled due to the weather earlier this month. While it is unusual for domestic games to be rescheduled due to weather. The competition is largely being used to discover individuals. They will be featured in the Lanka Premier League selection in August.

As a result, Sri Lanka Cricket decided that the games should be rescheduled.

Jaffna Kings were declared champions of the Lanka Premier League for the 2021 season after they defeated Galle Gladiators by 23 runs in a high-scoring conclusion at the Mahinda Rajapaksa International Stadium in Hambantota on Thursday. The Kings were led by Avishka Fernando. They scored 63 runs off 41 balls. And Wanindu Hasaranga made a significant dent in the Galle Gladiators’ run chase by scooping up two wickets for 30 runs in his four overs.

Avishka Fernando, who was also chosen man of the match in the final, was awarded the Player of the Season Award. In total, he scored 249 runs in nine games, averaging 31.12 runs per game and a strike rate of 152.76 times. Janith Liyanage received the Emerging Player of the Season award. Thisara Perera, the trophy-winning captain of the Jaffna Kings, was named Strongest Player of the Season.