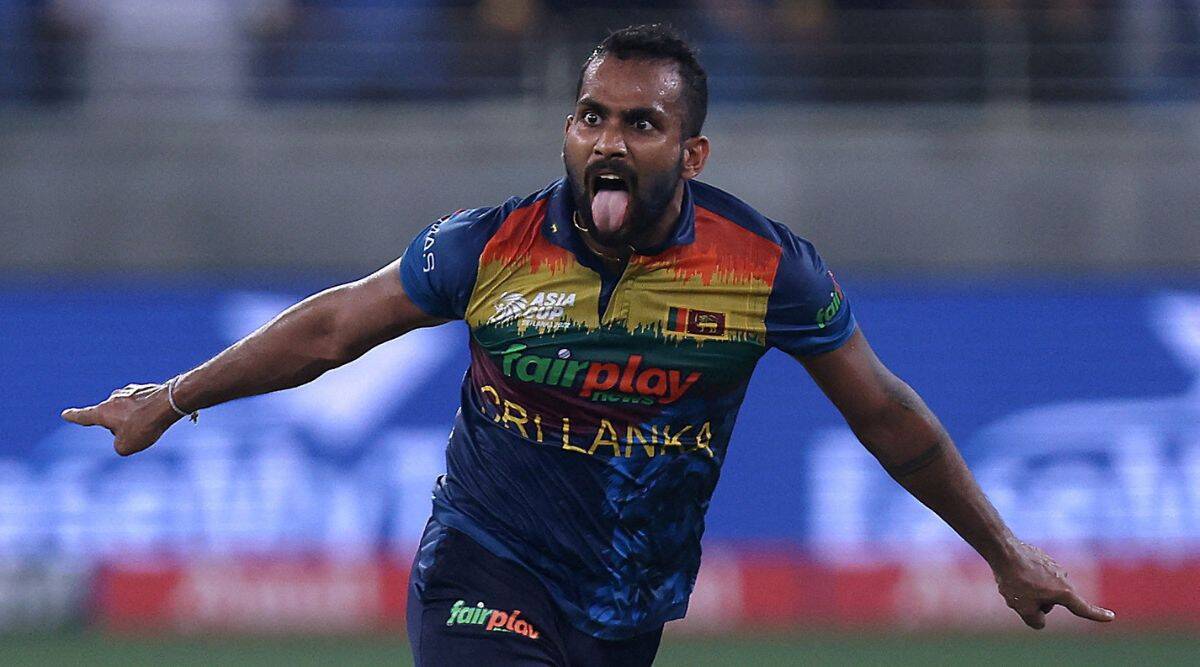 SLC: On Wednesday, Sri Lanka Cricket (SLC) imposed a one-year suspension on all-rounder Chamika Karunaratne for several Player Agreement violations during the just-concluded T20 World Cup in Australia. Earlier this year, Sri Lanka’s win at the Asia Cup depended heavily on Karunaratne. Following a disciplinary investigation, Karunaratne pleaded guilty to all the charges brought against him by the SLC Executive Committee.

Roshan Ranasinghe, Sri Lanka’s Minister of Sports, instructed the Director General of Sports to request a report on Chamika Karunaratne’s exclusion from the Sri Lanka ODI team facing Afghanistan on November 23. For this reason, the squad hasn’t been formally introduced by the board yet. In preparation for the one-day international series that will begin on November 25, Friday, at Pallekele, Kandy. The Afghanistan team arrived in Sri Lanka yesterday.

“Sri Lanka Cricket wishes to inform you that at the disciplinary inquiry carried out by the three-member inquiry panel into the alleged violations by the nationally contracted player, Chamika Karunaratne, for breaching several clauses in the Player Agreement. Mr. Karunaratne had pledged guilty for all charges leveled against him. The Inquiry Panel, by its report, has recommended to the Executive Committee of the SLC to strongly warn the player to refrain from further violations.”

SLC said in a statement

According to sources inside the Sports Ministry, a squad for the Afghanistan series has not yet been approved due to many reservations surrounding many questionable selections. Including the departure of all-rounder Chamika Karunaratne.

“After the findings and recommendations of the inquiry panel, the Executive Committee of SLC has handed a one-year ban from taking part in all forms of Cricket, and the ban will be suspended for one year. And further to the said suspended sentence, a fine of USD 5,000/- was also imposed against Mr. Karunaratne.”

Karunaratne’s dismal recent performance, particularly in the T20I format, is acknowledged as the primary factor in his potential exclusion. He has played in 22 innings this year, scoring 169 runs at a strike rate of 98.25. And taking 14 wickets at a rate of 39.14. He has performed better in ODIs, most notably by collecting two Player-of-the-Match honours earlier this year during Australia’s tour of Sri Lanka.

Karunaratne is permitted to play for his country because the suspension has been suspended. Still, he is not expected to make Sri Lanka’s ODI team for their upcoming home series against Afghanistan. That squad has not yet been made public, as the Sri Lankan sports minister must approve it first. The minister has expressed doubt about the decision to fire Karunaratne.