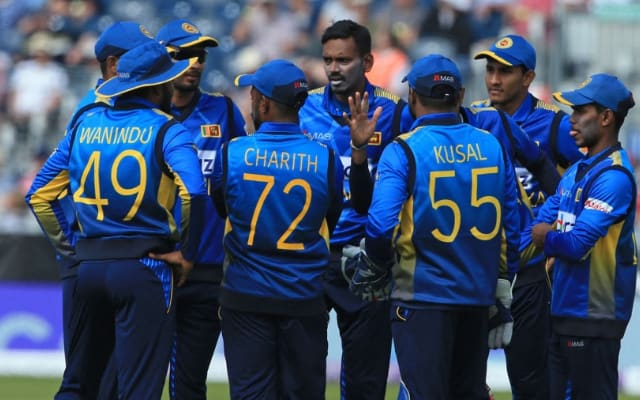 If reports are to be believed, Sri Lanka players are likely to come out of the mandatory Isolation after testing negative for COVID-19. The report in ESPNCricinfo  states that players may begin their training as early as next Tuesday. While the players will be relieved of the quarantine, the coaches and support staff will remain isolated till Wednesday. Read our full review about betway online betting

The India tour of Sri Lanka, which was set to get underway on July 13, was postponed till July 18 after Sri Lanka batting coach Grant Flower and team’s data analyst GT Niroshan tested positive for the virus. The ODI leg will now kick off on July 18, followed by the remaining two ODIs on July 20 and 23. The T20Is will be played on July 25, 27, and 29. All the matches of the tour will be played at the R Premadasa Stadium in Colombo behind closed doors.

Further, the report adds that Sri Lanka will likely be using the facilities at Khettarama stadium, while the India team will train at the Sinhalese Sports Club (SSC). Look today match cricket prediction. Learn how we predict upcoming matches.

The Sri Lanka team returned from England, where a mini outbreak of the COVID-19 forced the entire England squad in isolation, infecting three players and four members of the support staff. It is speculated that Flower might have got the virus from the UK itself. As a precautionary measure, Sri Lanka forced its players into mandatory quarantine. The Sri Lanka Cricket Board (SLC) put the players in two groups with one living in Dambulla and the other staying in Colombo. The series was slightly in doubt after COVID-19 cases. However, it is all set to go ahead as planned as the Sri Lanka government have given a green signal to the series.