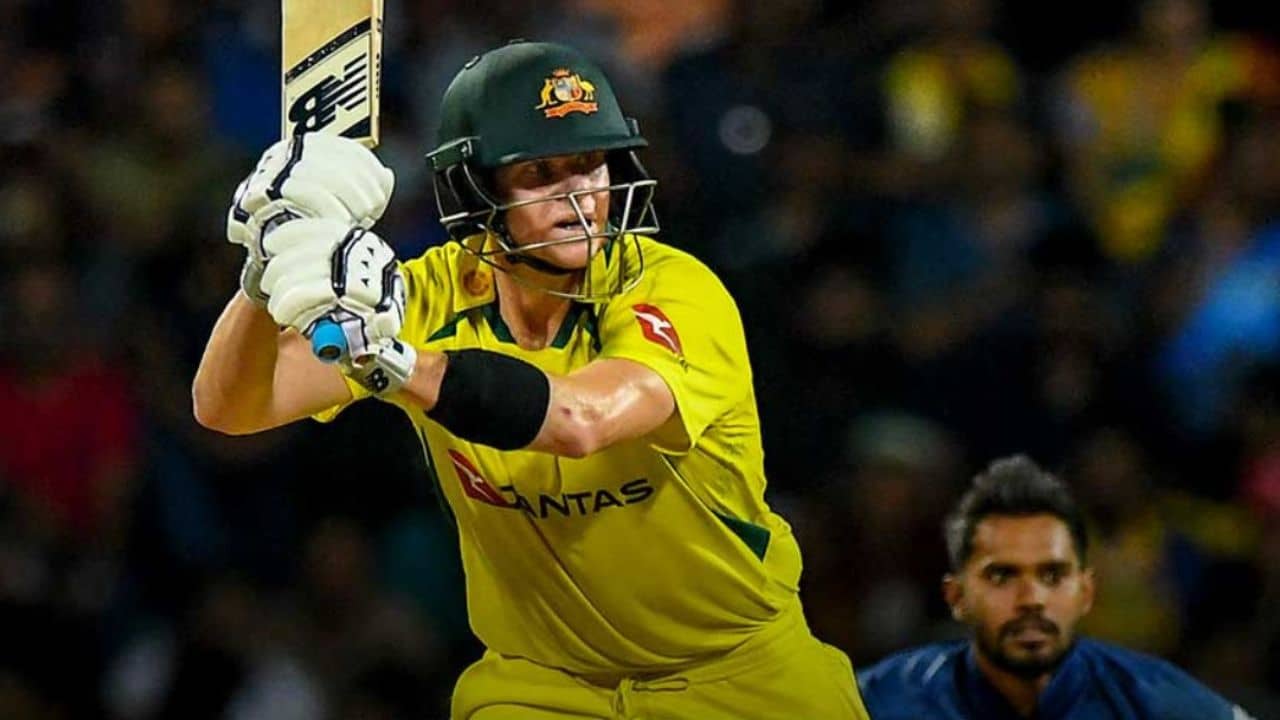 Steve Smith: The “Bazball” style of cricket played by England has swept the cricketing world. Experts and detractors alike have praised the Ben Stokes-led Test team’s ultra-aggressive style, which saw England whitewash New Zealand by a score of 3-0 before a record chase against India helped them tie the game at 2-2 earlier this week at Edgbaston. England has been scoring frequently under Brendon McCullum’s coaching, with players like Joe Root giving up the patience game and Jonny Bairstow hitting a four-century in the last three games. Bet online by checking more trusted betting sites in India for the upcoming match here on our site.

Australia, one of England’s oldest and fiercest opponents, has taken note as well, and Steve Smith is interested in that, but he also raised a good point about How long can this strategy provide fruitful results.

“I’ve watched a little bit of it; it’s certainly been entertaining.Even someone like Alex Lees started to come down the wicket when he was on nothing. It’s been exciting. I’m just intrigued to see how long it lasts and if it’s sustainable. We’ll see what happens. The pink-ball game in Hobart, when Heady (Travis Head) and Marnus (Labuschagne) started to take the game on, the wicket was doing plenty, so it was [to] counteract, put some pressure back on the bowler mentality, and it worked on that occasion.”

Smith was quoted as saying by ESPNcricinfo

In the meantime, Smith has also discussed how he felt after being run out during the first Test match against Sri Lanka in Galle due to a mix-up with opener Usman Khawaja. His on-field outburst received criticism, but Smith claims he has spoken with Khawaja and that they have gotten past it.

“I hate getting run out. I think anyone does. Particularly given the [tough] conditions and gifting them a wicket. As one of the most experienced players, I was pretty upset. That happens in the game. I got over it pretty quickly. Had to keep moving forward, which is part of the game. I spoke to Uz straight after and he was pretty chilled. Mix-ups happen; we keep moving on.”

When playing India at Edgbaston, the Three Lions produced their highest-ever run chase in red-ball cricket, chasing down 378 runs in the first hour of the fifth day thanks to hundreds from Joe Root (142*) and Jonny Bairstow (114*). Despite the hosts being reduced to 109/3 when a well-positioned Alex Lees was run out for 56, Root and Bairstow were both a part of an unbroken 269-run stand for the fourth wicket. The game’s turning point turned out to be Bairstow’s lost catch by Hanuma Vihari at slips.